When the Cincinnati Bengals traded away former first-round pick Billy Price to the New York Giants in exchange for B.J. Hill right before 53 cutdowns, it was a ho-hum-looking move that didn’t seem like a major ordeal.

Hill shut up that line of thinking pretty quickly.

In his Week 1 debut with the Bengals, Hill was one of the defense’s biggest impact players, generate a team-high two sacks on just 24 snaps. He, alongside fellow newcomer Larry Ogunjobi, was a big part of the reason the defense generated more pressures than it had in a game since 2019.

For Hill, some of this might have just been a great matchup. He also might just be feasting because the line talent around him is so good — he’s never had better than 5.5 sacks in a season and had just two over the last two seasons before this one.

But that production that led to a win still beats what the Bengals would have gotten from Price, who wouldn’t have cracked the starting lineup. He didn’t play a snap in New York’s opener.

The Bengals have made a habit of finding good-valued trades near the final 53 cuts over the last few years and Hill looks to be another, if his outburst in Week 1 is any sign of what’s to come. 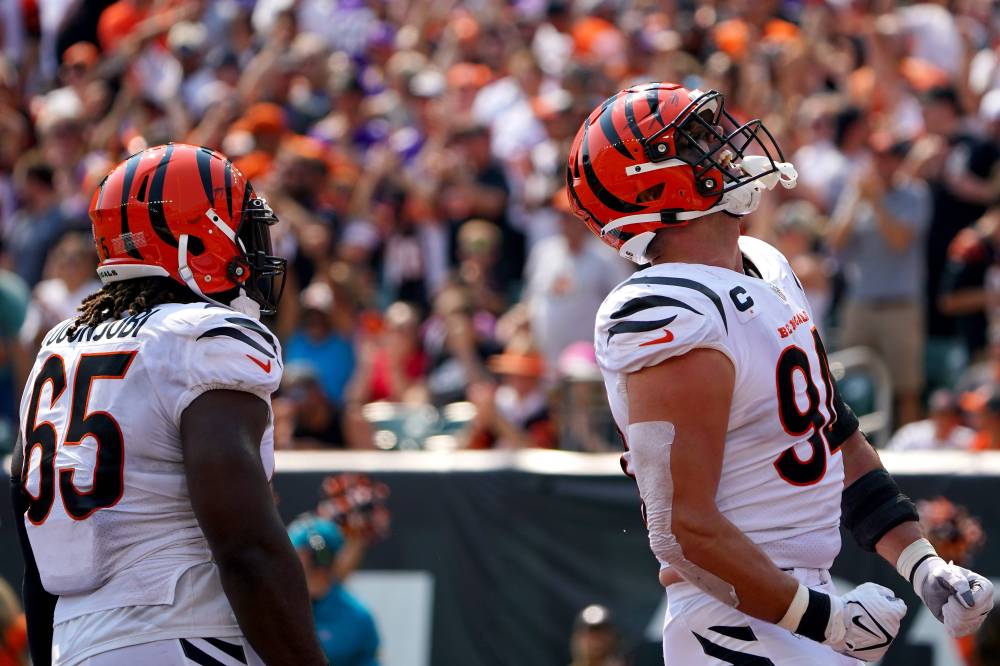