The Cincinnati Bengals were never going to fully avoid the injury bug in training camp.

And after the first day in pads, it’s already popped up at a key area — the offensive line.

Backup tackle Fred Johnson also has a quad injury that will keep him out at least a week.

This might not sound like the biggest ordeal and indeed, these are minor issues. But missing two tackles meant fourth-round rookie D’Ante Smith got thrown to the wolves in practice. Viewed as a project with major upside in a few years, Smith got brutalized by first-team defenders and it didn’t help an offense already struggling against a game defense.

With any luck, Johnson and Reiff will be back soon to help stabilize things and this isn’t a sign of things to come. But it speaks to a depth issue when a rookie is the next guy up, so it’s something that might encourage the team to make another move on a free agent.

The Bengals hope Reiff is a big upgrade at right tackle and he’s never missed more than three games in a season, so they’re clearly hoping this goes away quick and is an anomaly. 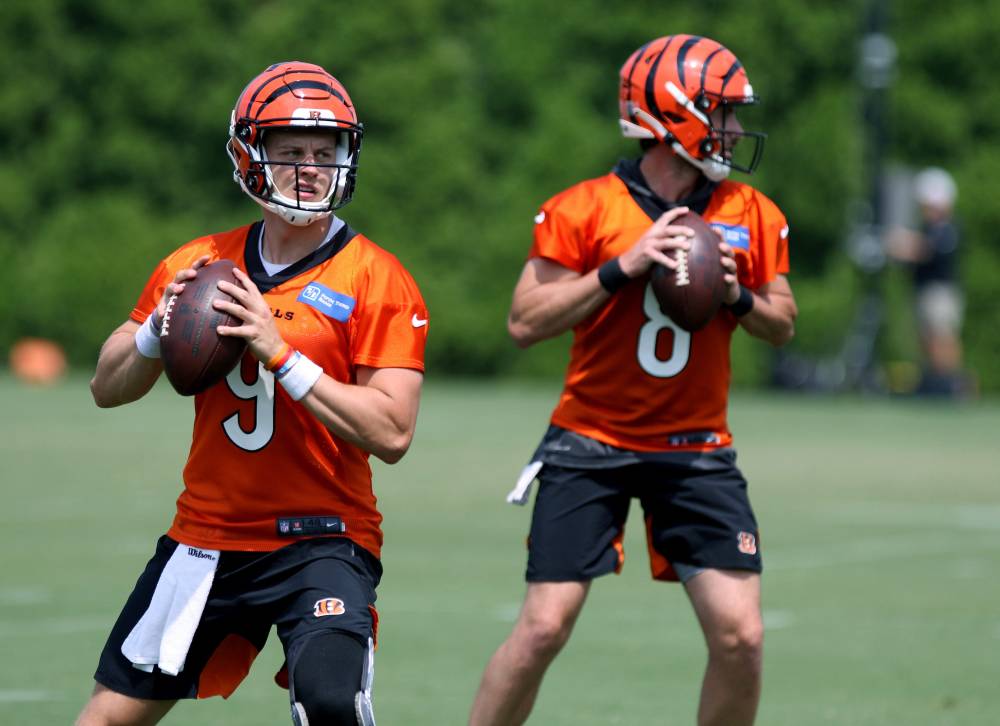