The Cincinnati Bengals went the really obvious route in the sixth round of the 2021 NFL draft by selecting Michigan running back Chris Evans.

Obvious, because running back was always going to be one of those spots the Bengals hit late in the draft. It’s just smart to draft one every year, plus the team had cut loose Giovani Bernard.

Evans has the skill set to potentially fill that same role. He ran for 1,795 yards and 15 scores on a 5.6 average with 49 catches over four seasons.

As NFL.com’s Lance Zierlein pointed out, an academic suspension played a role in Evans’ limited usage later in his collegiate career. Otherwise, the writeup paints a solid picture:

“Running back with good size and adequate athletic traits but lacking dynamic or explosive qualities to help him stand out. Evans served a suspension in 2019 and had very few totes in 2020. From 2016 to 2018, he ran to his size and was productive relative to what was asked of him. His pad level and contact balance will create yards after contact and he’ll get what is blocked. However, his greatest selling point will be his size and ability to play on third down. Those two things could help rehabilitate his draft stock, but there will be an abundance of competition for the job he will be looking for. It could just be a matter of finding the right place at the right time.”

In other words, the Bengals just grabbed a running back with major upside as a significant contributor on third downs, or a bigger role on the off chance Joe Mixon can’t stay healthy.

For now, Cincinnati plans for a much bigger role for Samaje Perine alongside Mixon. Evans will have to spar with Trayveon Williams for snaps.

Looking at the value on the board and what the Bengals have already added, the team couldn’t have done much better here. They’ve hit both trenches repeatedly, so some competition and insurance at running back makes a ton of sense.

Evans’ upside is what makes the value so good. 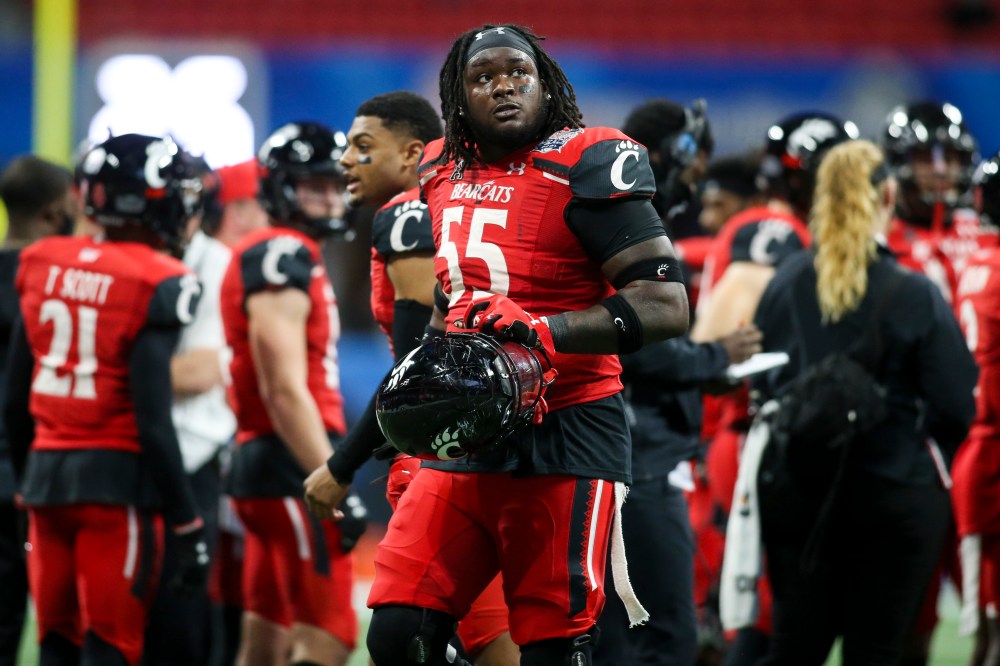