The Cincinnati Bengals got a steal of a player in the third round of the NFL draft this year with Texas’ Joseph Ossai.

Ossai seemed to fall a bit down the board to the Bengals at No. 69 both because it was a strong overall edge-rusher class, but also because he’s a bit raw as a prospect.

But drafting a 21-year-old player with rare athletic skill and moldable traits — equating to gigantic upside — is a good way to spend a top-100 selection.

“Ossai’s allure comes not only from his freakish athleticism but also from his limited experience as a pass-rusher. In his first year as a starter in 2019, Ossai was more of an off-ball linebacker who dropped into coverage more often than he rushed the passer. This past year as a full-time edge, his production took off with an 81.1 run-defense grade and an 80.5 pass-rushing grade. After putting up a 41.5-inch vertical and 10-foot-11 broad jump at 256 pounds at the Texas pro day, Ossai may not last long come draft time.”

It was hard to see Ossai making it to Cincinnati’s pick in the third round, yet here we are.

And with the dramatic need at wideout and offensive line already addressed at least once, it really doesn’t get much better than this. The Bengals have been putrid at rushing the passer for years now and this offseason let their only reliable guy in that area — Carl Lawson — walk. Trey Hendrickson is a big gamble given his limited production and Sam Hubbard isn’t strictly a reliable pass-rusher. Adding Ossai to the equation, even on a rotational basis, has the ability to provide the entire unit with a big leap in production.

Considering the Bengals already pulled off one trade down, that wasn’t really on the table here. And while we probably would have dished an A grade for attacking the offensive line again too, it’s really hard to complain about a high-upside pass rusher who, if he figures it all out, could end up being one of the best from this class. 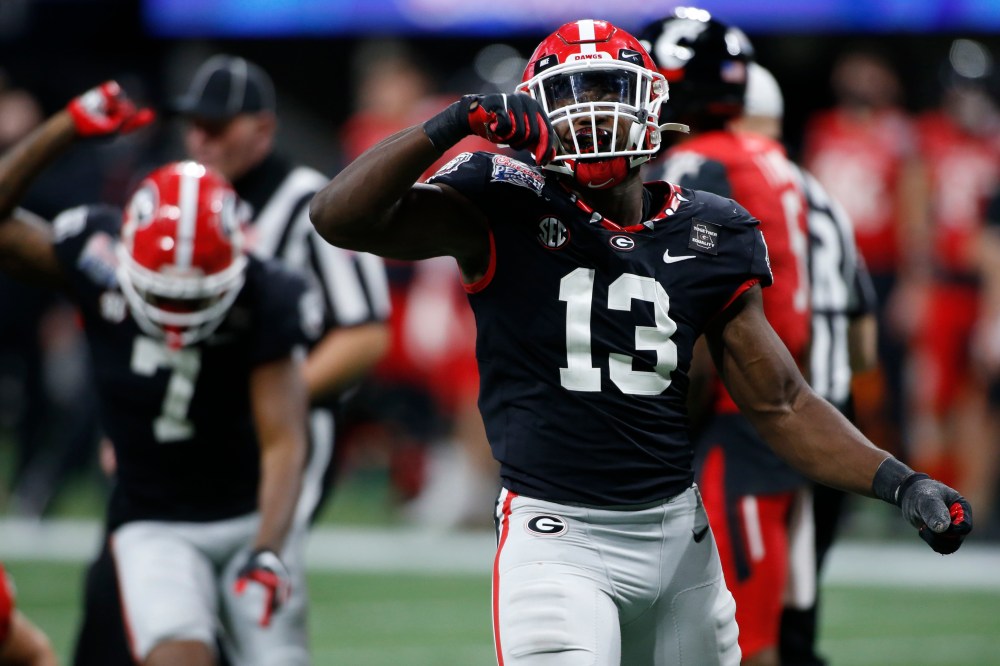