Advanced numbers and projections suggest the Cincinnati Bengals should take a big step foward along the offensive line in 2021.

Over at ESPN, Seth Walder projects the Bengals to take a jump in pass block win rate (PBWR), which is how often players held a block for longer than 2.5 seconds:

We’re projecting improvement for a Bengals offensive line that struggled to protect Joe Burrow in the 2020 No. 1 pick’s rookie season. There’s some draft equity in Williams (first-rounder in 2019) and Carman (second-rounder this year), but it’s hard to imagine how this could become a particularly strong line in 2021.”

That ranking slots the Bengals 23rd, which doesn’t sound great — but it’s up from 29th in last year’s rankings. That sort of jump isn’t anything onlookers should sniff at, as even a marginal improvement in this area could lead to a dramatic uptick in performance for the offense.

Not that a jump would be a shocker. Frank Pollack is back as line coach and handling the development of key pieces like Jonah Williams. Jackson Carman and Riley Reiff provide dramatic upgrades to two positions, too. An uptick now is critical, though it won’t stop the team from continuing to attack the need next offseason, too. 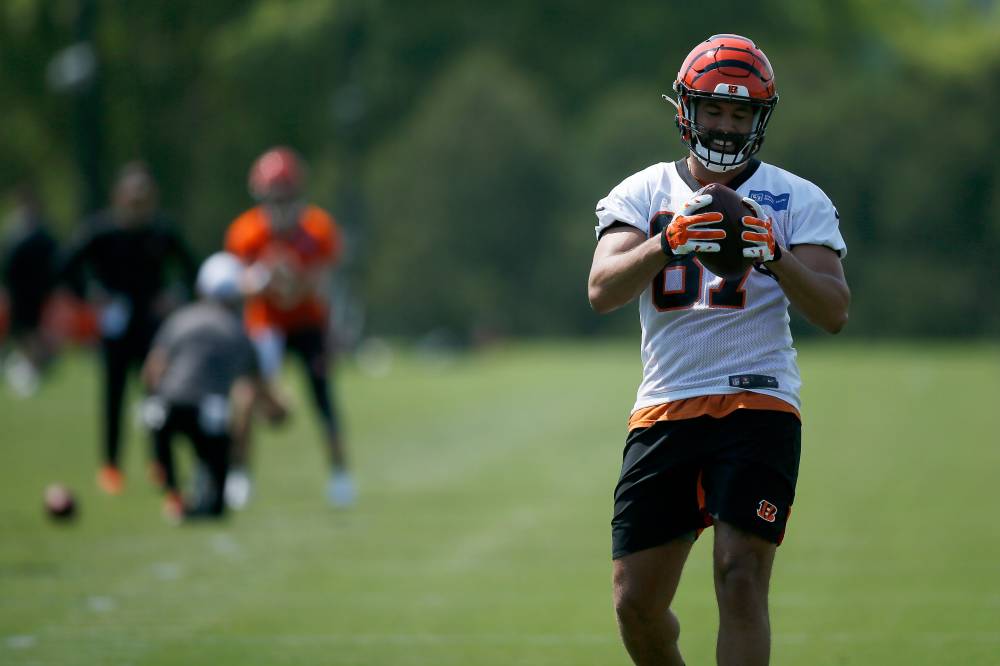