Mock-draft season is a year-around thing these days, which means it’s time to take a quick look at how some projections treat the Cincinnati Bengals.

Most early 2022 NFL mock drafts have the Bengals picking high in the order again. There, they either draft defense or offensive line, as expected.

Over at The Athletic, Dane Brugler has the Bengals landing Oregon edge rusher Kayvon Thibodeaux at third overall:

“This past draft was the first without a pass rusher in the top 10 since 2012, but Thibodeaux will help the position make a comeback next April. The former five-star recruit has lived up to expectations in Eugene and is the current favorite to be the first non-quarterback drafted in 2022.”

Thibodeaux, interestingly enough, is the No. 1 pick in a CBS Sports mock draft from Ryan Wilson. He has the Bengals picking fourth and selecting safety Kyle Hamilton out of Notre Dame.

“It’s time to rectify this matter. Alabama’s Evan Neal is a massive human being (6’7″ and 360 pounds) with starting experience at right tackle and guard. The former 5-star recruit has lived up to expectations with the Crimson Tide.”

A lot can change between now and the next draft, but those prospects are certainly on track to be top-10 players. The only odd pick here is to roll with a safety over other positions of need in the early goings of the draft unless that prospect just blows away the team.

As an aside, Cincinnati picking this early in mocks is related to Super Bowl odds — but if they do, the Bengals will be looking at a change across the coaching staff, too. 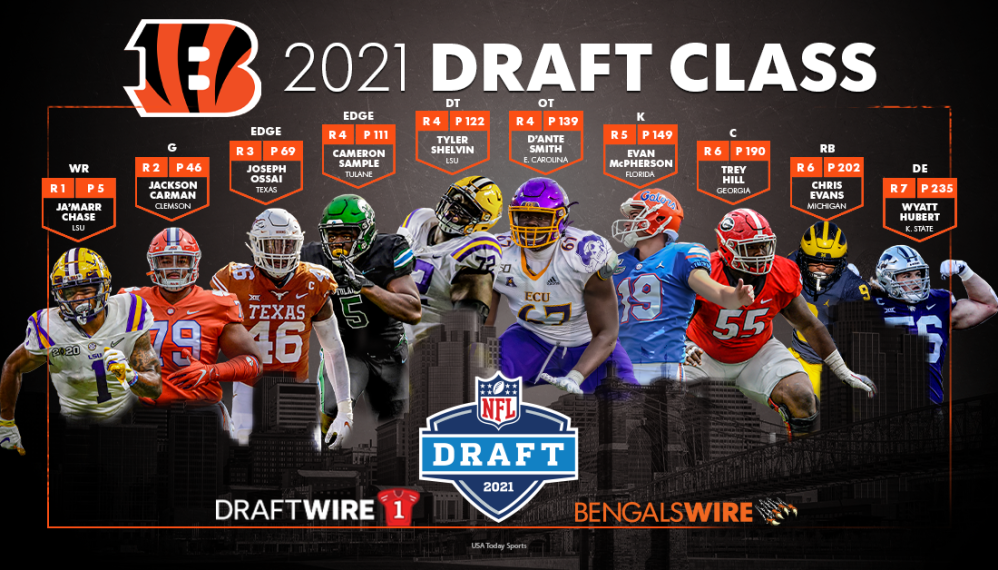