When deciding Ja’Marr Chase was the right pick for Joe Burrow at No. 5 in the 2021 NFL draft, the Cincinnati Bengals looked to one person — Peyton Manning.

He expanded on those thoughts with The Athletic’s Paul Dehner Jr.:

“I want the best offensive line we can get. But we had an even less exciting offensive line in 2015. I look at Peyton Manning’s offensive line in 2009 when the Colts set a million records and went to the Super Bowl. He was throwing to Pierre Garcon, Reggie Wayne and Dallas Clark. Handing it to Joe Addai. I can’t name a lineman on the team besides Jeff Saturday. He had guys that won. Quickly and decisively.”

Keep in mind that was strictly Callahan’s breakthrough moment in the draft process. It’s made clear in the writeup that others had that moment for Penei Sewell, and tight end Kyle Pitts even had his fans in the room, too.

Regardless, this perspective from Callahan is nice to hear publicly from the team. And there’s plenty of evidence Cincinnati isn’t the only team starting to think this way — passers are holding the ball in the pocket less than ever while playmakers are taking stress off the lines by getting open quickly.

With Cincinnati thinking the team upgraded the offensive line in a big way already this offseason and hoping Burrow can resemble something akin to Manning, taking the best wideout prospect since maybe Julio Jones or A.J. Green was something Callahan and Co. viewed as a no-brainer of a move. 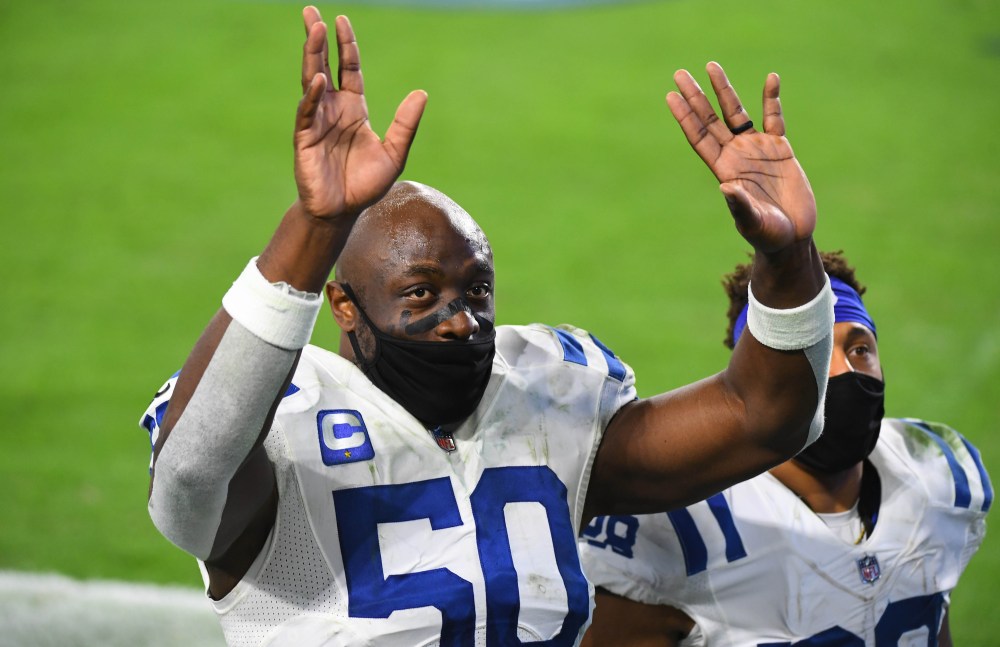