Lost in the chaotic Week 2 loss to the Chicago Bears was the small bit of news that Cincinnati Bengals wide receiver Tee Higgins suffered a shoulder injury.

Higgins quietly went to the blue injury tent in the middle of the game after going down and eventually walked off the field with trainers. He eventually returned to the game but his actual status was a question mark.

Bengals head coach Zac Taylor addressed the injury early this week, noting that Higgins is sore but that they consider him day-to-day, according to Fox 19’s Joe Danneman: “We’ll take him day-to-day and get a better feel of how he’s feeling on Tuesday.”

Through two games, Higgins has 10 catches for 118 yards and two touchdowns. He’s predictably one of Joe Burrow’s favorite targets, so it would be a big loss for the offense on the road against the Pittsburgh Steelers in Week 3 if he can’t go.

What we learned from the Bengals’ Week 2 loss to Bears 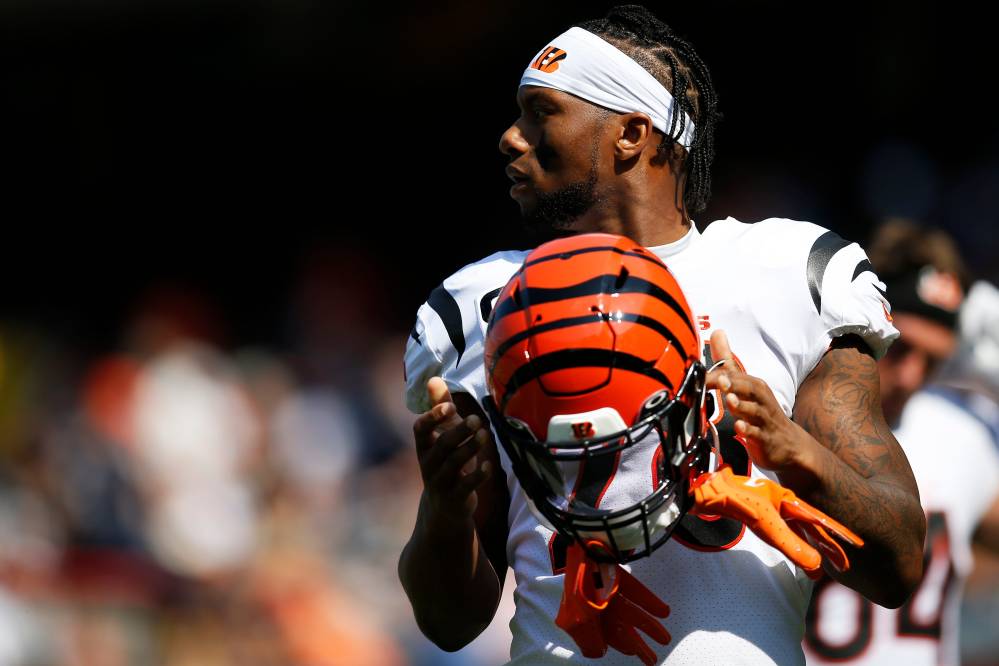