So much so, they aren’t hiding the fact they want him to start at guard right away.

Director of college scouting Mike Potts just said as much in an interview with Geoff Hobson of Bengals.com:

“He’s an AFC North physical, powerful offensive lineman who is very athletic. The way this division is set up, this is a physical line of scrimmage division. He’s got a lot of things going for him. He’s a tackle with guard flexibility. He’s extremely intelligent. People say, ‘You’ve never seen him play guard.’ But with all the research we did on him, we know he’s smart enough to do it.”

A fun nugget in that writeup? The Bengals sought out the opinion of Bengals legend Willie Anderson while weighing whether to make Carman the pick.

The Bengals actually traded back in the second round, picking up two extra fourth-round picks, before calling Carman’s name. They wanted him earlier and thought he would last, which he did.

This was always going to be the fate of a line pick by the Bengals this year with Jonah Williams and Riley Reiff manning the edges. Depending on how long the latter plays at a quality level, Carman might never have to kick outside.

And Carman, by the way, is a hometown kid who had an amazing reaction to going back home. 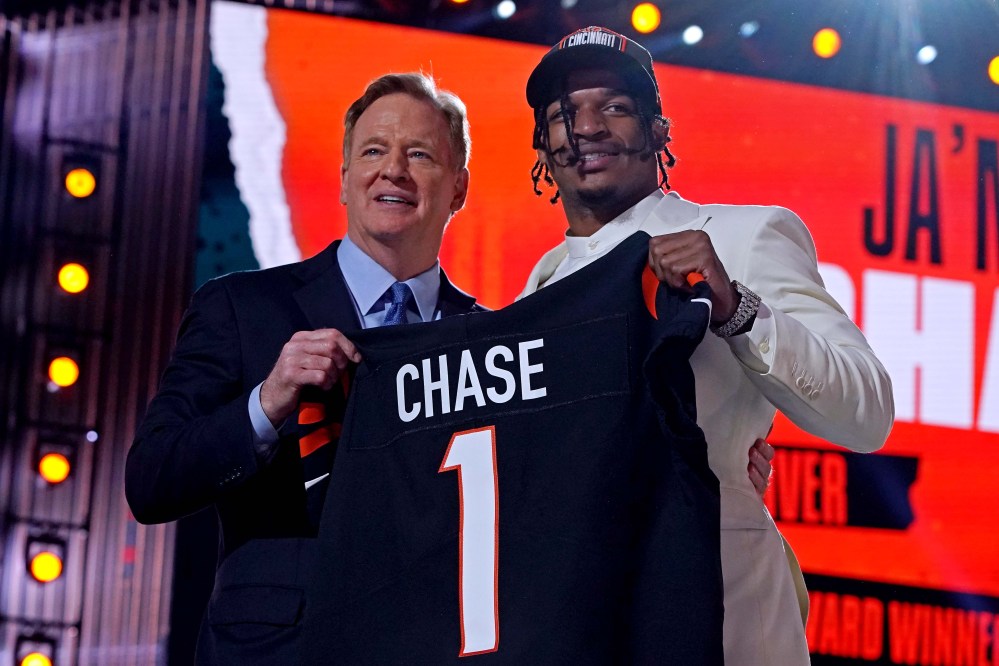