Cincinnati Bengals running back Chris Evans was the breakout performer for the offense during his team’s preseason victory against the Tampa Bay Buccaneers on Saturday night.

In his postgame interview tour, Evans didn’t talk about typical rookie things like the speed of the game itself.

He took more of a Space Jam approach in the way he was wowed by the size of Tampa Bay’s first-team players, as captured by Paul Dehner Jr. of The Athletic:

“It was crazy just seeing how big people are. After the first couple hits I got acquainted, like, OK, I’m supposed to be here. First couple, I was like, ‘Whoa.’ When Tampa Bay had their ones in and I was looking on the sideline, I was like, these dudes are huge. (Jason) Pierre-Paul was standing there just looked like a creation. When I got in the twos came in and I said, ‘OK, OK,’ this look a little more familiar to me.”

Evans hasn’t played a heavy dose of football since the 2018 season, so his welcome-to-the-NFL moment simply being his observation of just how big defenders are isn’t a shock.

And Evans looked like he belonged, too. One or two more performances like that and he isn’t just making the roster — he might shove aside the guys in front of him to take backup snaps behind Joe Mixon. 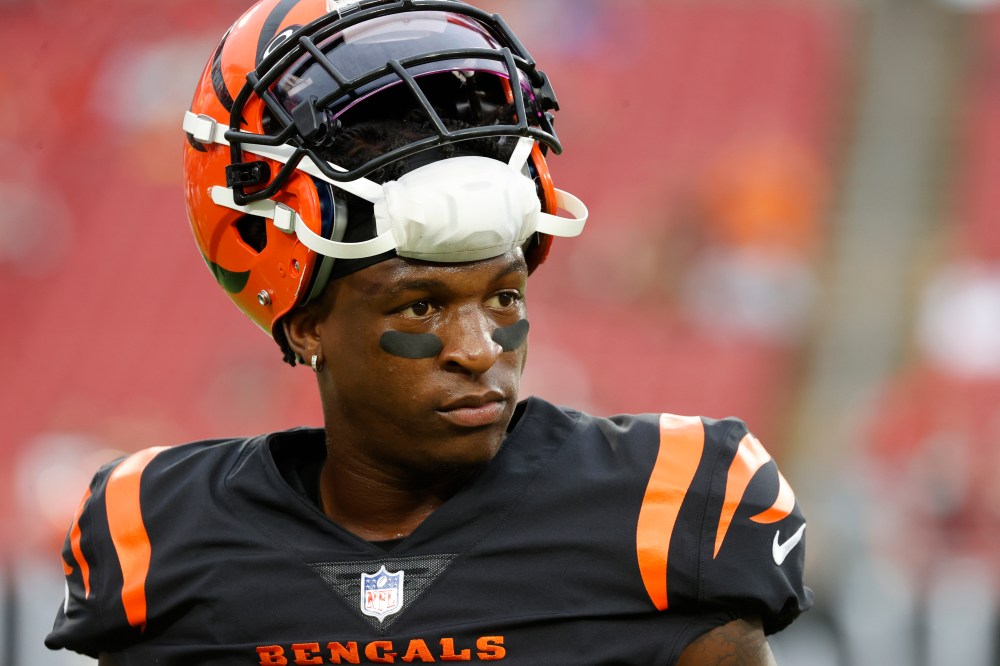