Of the picks the Cincinnati Bengals made in the 2021 NFL draft, offensive tackle D’Ante Smith might be getting the least attention.

Guys like steals such as Trey Hill and Chris Evans are getting more headlines. Even a kicker like Evan McPherson demands some attention.

Then there’s Smith out of ECU, a fourth-round pick who had problems keeping weight on his frame last year and didn’t play much, which crushed his draft stock.

Let the Bengals tell it, Smith was down to 283 pounds before opting out of last year’s college season. COVID protocols kept him from training and eating the way he needed to, per Bengals scout Andrew Johnson, via Geoff Hobson of Bengals.com:

“His body just wasn’t ready. He had three close contacts, but never got COVID. I can see how he lost weight. Not being able to go to the dining hall or the training table. Not having access to regular workouts. You wish he had 2020 tape. There was 2019 tape, but only that one game from last year and he wasn’t ready.”

Smith endured though, weighing in at 6’5″ and 294 pounds at the Senior Bowl before checking in at 305 pounds at his pro day.

Now he’s in the NFL, where proper nutrition and surroundings won’t exactly be a problem. Which is quite intriguing for a Bengals team that needs help at offensive tackle as soon as a year from now. Smith has all the physical tools you’d otherwise want, including 35-inch arms that make him ideal for the edge.

It’s a long way of saying Smith has had quite the interesting journey, which hurt his draft stock. But it could mean having a legitimate shot at a starting position sooner than later, especially with line coach Frank Pollack at the helm of his development now. 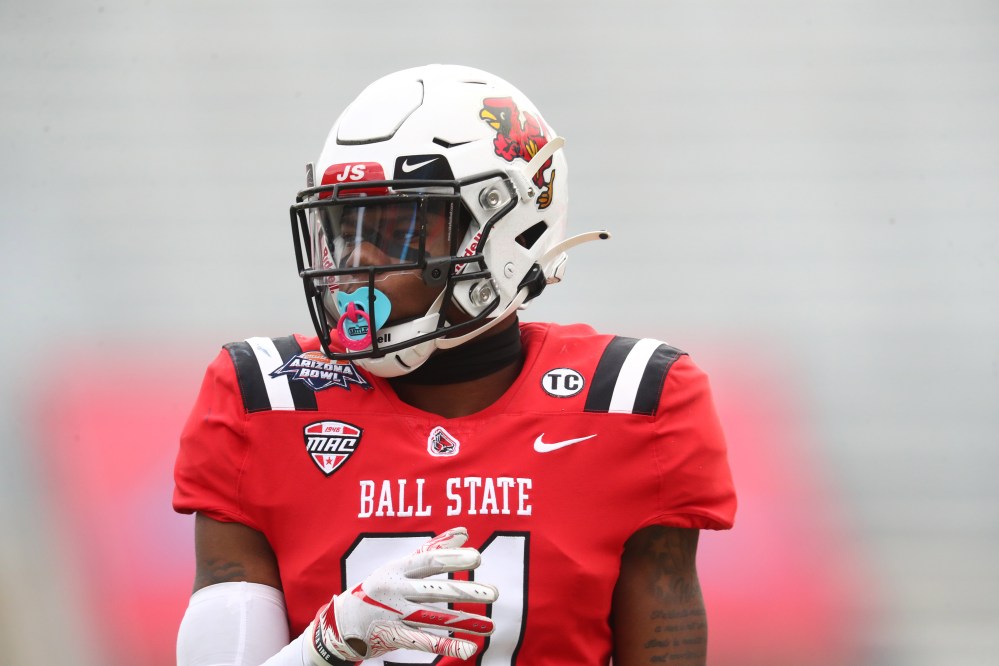