The Cincinnati Bengals flexed some serious fight during Sunday’s 41-22 loss with the Los Angeles Chargers in town.

The team lost Logan Wilson and Chidobe Awuzie to injury. Joe Burrow suffered an injury to fingers on his throwing hand and kept playing. Joe Mixon had a serious injury scare.

And yet, the Bengals stormed back from a 24-0 hole to make it close in the second half before another wild momentum swing.

— Bengals punched in the mouth on the game’s opening drive, giving up nine plays, 55 yards and a score. Defense held on third down in the redzone but Chargers were aggressive and got six.

— Cincinnati’s best offensive players made critical mistakes on two would-be touchdowns in the first quarter. Jonah Williams let up a sack as Burrow was about to find Chase for a touchdown, resulting in a lost fumble. Chase later dropped a touchdown pass…that went into the arms of a defender for an interception.

— Down 0-16 at that point, the team lost defensive leader Logan Wilson to a shoulder injury and he needed a cart to leave the field.

— Jessie Bates — still vying for that big-money extension — then gave up a deep passing touchdown, which made it 24-0.

— Bengals couldn’t do right consistently in the first half. After a touchdown to Tee Higgins, Bengals called timeout before a two-point conversion, somehow got a delay of game out of the timeout, then decided to kick the extra point, which they missed. What?

— Bates hit on a bit of redemption with a turnover. Chidobe Awuzie did the same before the half. Both of those, though, were overshadowed by Joe Burrow’s finger injury.

— Burrow stayed in the game, even putting his shoulders down while trying to pick up first downs as a rusher.

— Another forced fumble with the game at 24-16 gave the Bengals the ball back. To the defense’s credit, it never stopped fighting (as expected).

— Joe Mixon, who left with that serious injury scare, returned and scored to make it 24-22.

— Bengals pass-rush started dominating this game. Trey Hendrickson was doing whatever he wanted and it had Justin Herbert seriously rattled.

— Joe Mixon’s fumble that went back for a touchdown put the nail in this one from a momentum perspective. The Chargers got the ball back again after that defensive score and marched down the field with ease to make it a blowout again.

— Bengals fought back yet again, only for Burrow to force a bad throw and get picked off in the endzone to effectively end it. A fitting theme to cap off the day, as key mistakes at the worst possible times decided the game.

4: Number of turnovers by the Bengals. A team can’t have offensive stars like Chase (dropped touchdown turned into interception) and Mixon (fumble went back for a touchdown) make such key mistakes against a contender.

Joe Burrow: Playing through an injury the way Burrow did is admirable and sets the tone for the team — not just one game, but culturally.

Character: Win or lose, this was an impressive showing for the Bengals. Past teams would’ve fallen behind big and stayed there. This team, hobbled as they’ve ever been all season, fought back. It’s an important testament to the culture in the locker room — now the team just has to hope this sort of AFC loss doesn’t hurt it come playoff time.

Bengals vs. Chargers game recap: Everything we know from Week 13 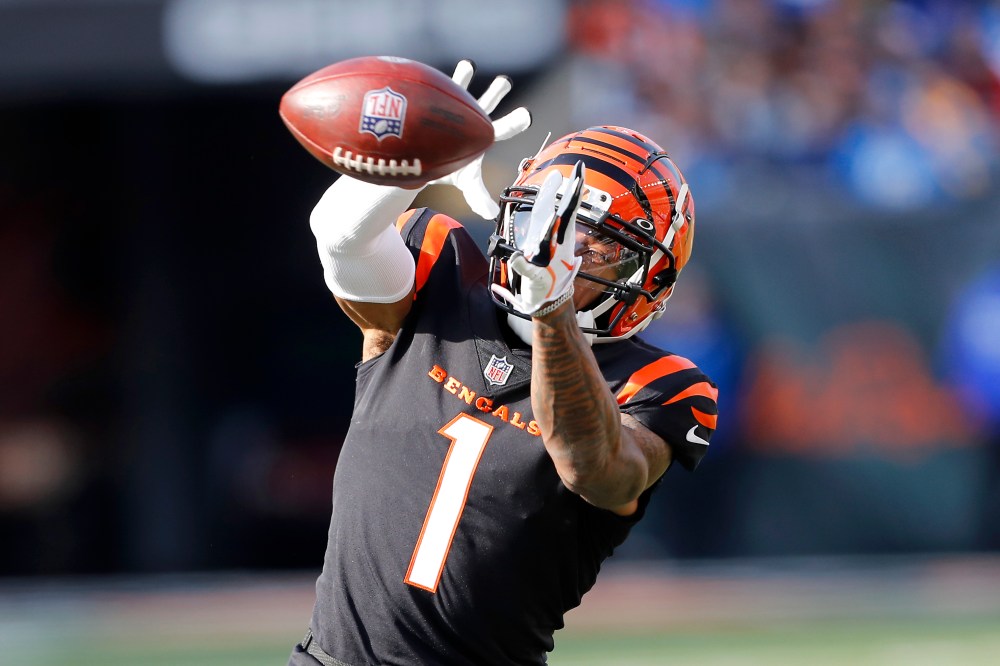