The Cincinnati Bengals leave Week 2 1-1 after a loss on the road against the Chicago Bears.

Cincinnati looked a little sloppier than Week 1, struggling with penalties, defensively and getting much of anything going on the offensive side of the ball.

Here’s a look at the key notes and numbers to know.

— Get used to seeing Larry Ogunjobi’s name. He was the most disruptive player on the field for either team during the first drive of the game, picking up right where he left off.

— After Eli Apple struggled mightily last week, the Bengals had him out there again in place of Trae Waynes. He had an unnecessary, obvious pass-interference call that kept Chicago’s drive alive, on which the Bears later scored.

— Three quarterback hits on Joe Burrow during the offense’s first drive as Zac Taylor dialed up a ton of empty sets. A defense with Khalil Mack predictably feasted. Head-scratching from the coaching staff.

— Bengals racked up more defensive penalties in one drive than they did in all of Week 1. Silly taunting and personal foul calls on leaders like Vonn Bell and Sam Hubbard.

— Zone looks for the running game just aren’t working against a front as strong as Chicago’s and the offensive line problems that showed up last week aren’t getting better.

— Unblocked defenders keep leaking through to hit Burrow, which is ridiculous, to be blunt. The offensive line is one of the biggest reasons for the team’s overall struggles.

— Logan Wilson failing to scoop up a fumble and score a touchdown was a game-altering moment. Instead, Chicago recovered and continued to pile up a lead.

— Burrow’s pick-six came after three quarters of taking a beating behind a bad line. His second was a desperation throw while trying to help his team catch up quickly.

— Three straight picks by Burrow, then two straight touchdown passes. He’s erratic and explosive, if nothing else, and showcased plenty of fight in a game that many would have considered out of reach.

4: Number of sacks Burrow suffered. Plus five from last week, plus countless pressures and hits. The offensive line has to be better if the team wants to compete, let alone keep the franchise passer healthy.

D.J. Reader: Bit of an unexpected name, sure. But Reader was a force in the middle on Sunday that opened things up for others. He also tallied his first outright sack as a member of the team.

Lessons: Lots of lessons from this one. Taylor needs to call better games across the board. Much of what the team trotted out early today didn’t make a lot of sense, nor did it work. And the players have to be better too — handling winning on a week-to-week basis isn’t easy. The silly penalties/taunting fouls were killer early.

Bengals vs. Bears game recap: Everything we know 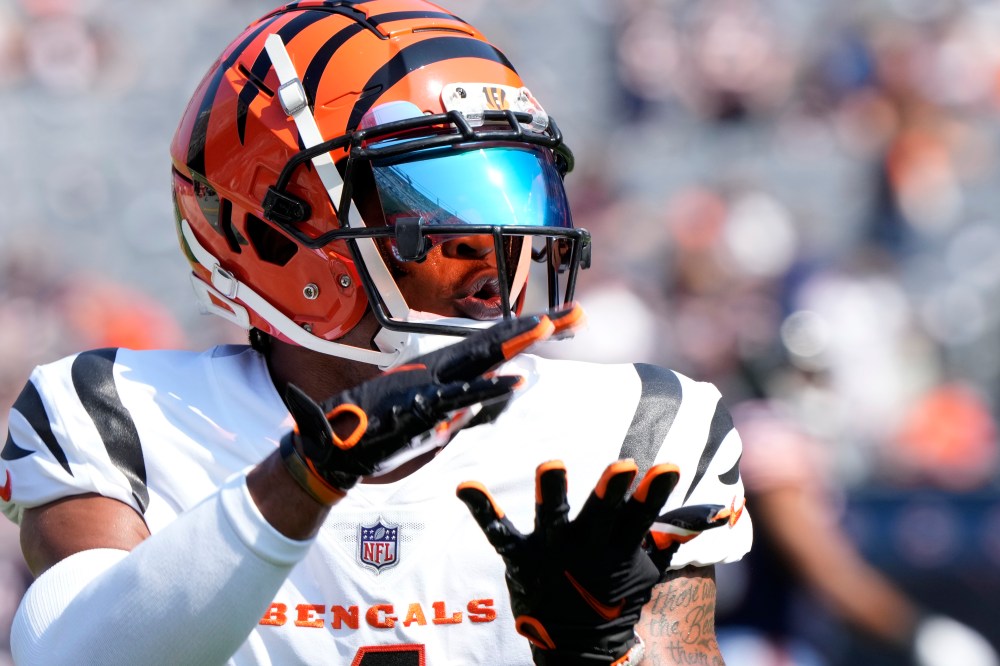