Who better than Ja’Marr Chase to know if Joe Burrow is back on track at Cincinnati Bengals training camp?

Asked about Burrow’s confidence level and how his former LSU teammate has played over the last few practices, Chase had this to say, according to Geoff Hobson of Bengals.com:

“I can see his confidence is growing bigger, you know, just by him taking off out of the pocket. I’ve definitely seen that. So that’s exciting to see from Joe Burrow. His passes, him talking to me again, talking to the whole offense, opening up a little more now, I feel like he’s more confident in himself now, not saying he wasn’t confident, but much more confident than he had been, just coming off the injury and you know, just being himself and feeling comfortable.”

Over the weekend, Burrow himself admitted he was fighting a “mental thing” in the pocket. He immediately requested coaches throw more bodies and pads into the fray during each dropback.

Suffice to say it worked. Burrow lit it up the next day as coaches lifted restrictions on the offense.

Since, Burrow has been putting to bed any concerns.

As for Chase himself, he’s had a slow start but that’s being ironed out as we speak, too. As we’ve stressed from the beginning, the defense was always going to come out hotter than an offense working on its installs with an ahead-of-schedule quarterback with a surgically repaired knee.

Those scales are getting a re-balancing thanks to Burrow, as Chase can confirm. 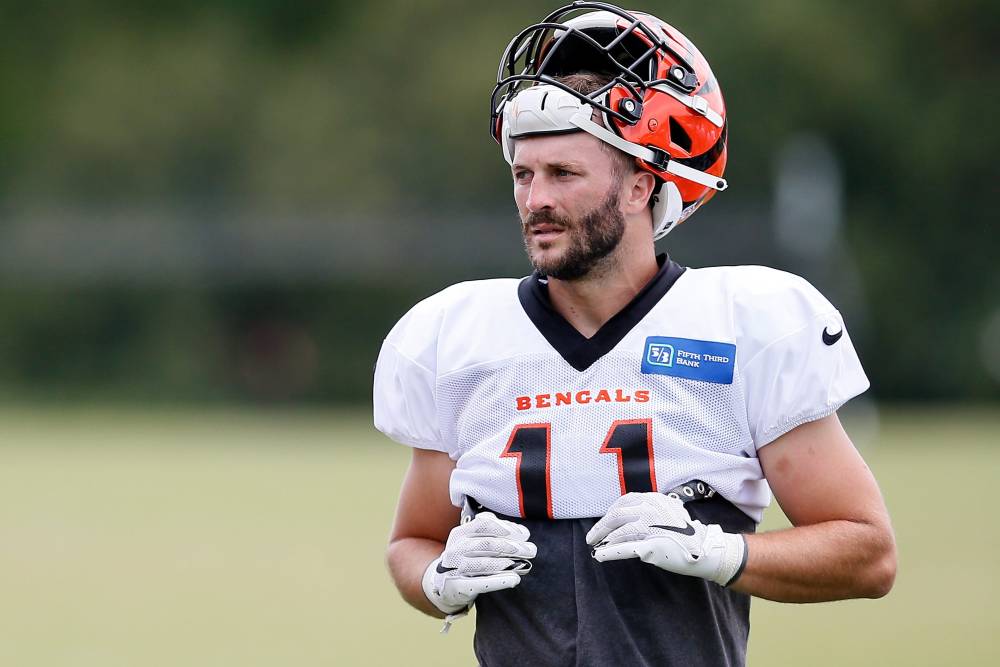