For those curious about the status of Joe Burrow’s injury comeback bid, he gave a bit of an emphatic statement Tuesday at Cincinnati Bengals OTAs practice.

After warming up, Burrow went through drills and in the process, rolled out of a pocket with speed, dashing across the field while simulating a bootleg before slinging a pass downfield.

Once practice concluded, Burrow told reporters that he was still about 85 percent as he targets that Week 1 comeback.

This was the most mobile we’ve seen Burrow at OTAs, though he’s been throwing and working on things like this for a while now. Coaches are still taking precautions when it comes to running backs in the backfield next to him.

Here’s the quick video that says quite a lot, courtesy of the Cincinnati Enquirer’s Lindsay Patterson: 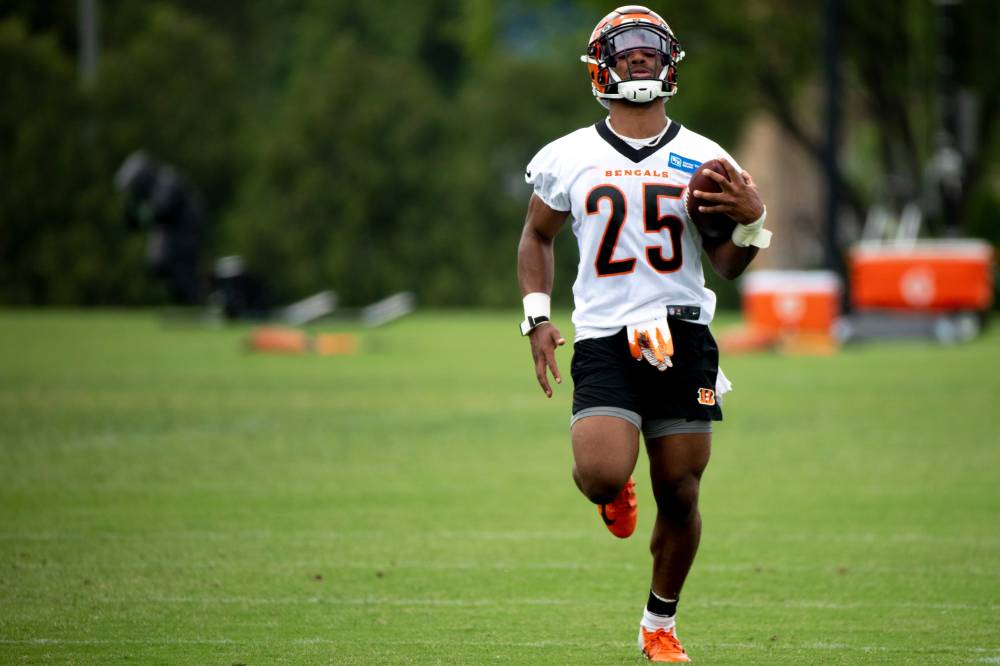