The Cincinnati Bengals have big expectations for second-year linebacker Logan Wilson, hence giving him in the communications headset and not signing any veterans to take away some snaps.

Wilson has responded in kind so far in training camp, looking improved in a number of areas as he follows his natural developmental arc.

Not too far removed from having a breakout day while the offense struggled, Wilson just caught the attention of onlookers merely for his speed.

“At least once a day, I look down at my notes and see “55TFL.” That’s a tackle for loss by Logan Wilson. He’s hitting the gaps in the run game noticeably faster this year. He has been given the green dot for coach communication, and that confidence in him physically and mentally is spilling over to his playing style. He came in with the reputation as a skilled cover ‘backer and that still remains, but his lines of attack and anticipation in the run game has shown up through 10 practices.”

Without a Josh Bynes on the roster to soak up snaps now, the Bengals will need Wilson to show up big in the heart of the defense.

While he’s also flashed well in coverage, it’s notable that he’s looking quite a bit improved in more traditional areas. If Wilson has a full-blown breakout as a sophomore, it’s a great sign for the entire defense. 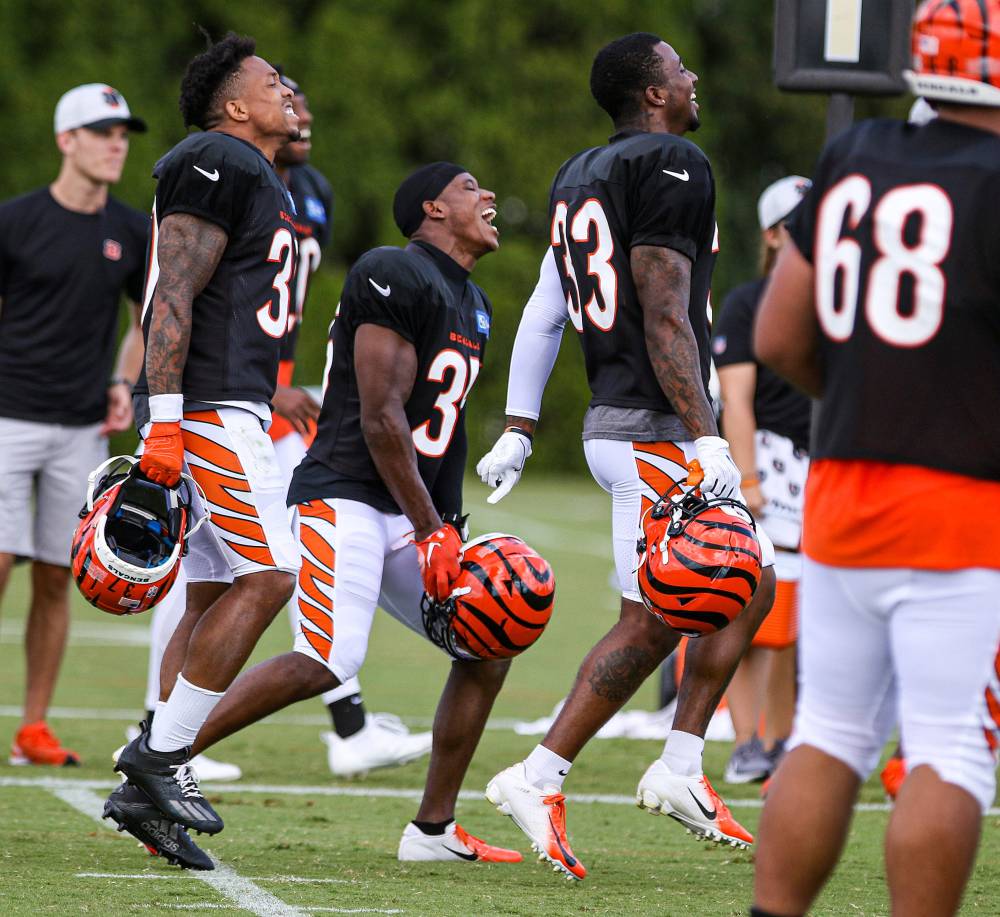