It turns out that cancel culture may not have been the culprit behind Medina Spirit’s failed drug test.

After sharing excuses for two days, Bob Baffert’s legal counsel released a statement admitting that the Kentucky Derby winner was taking a drug containing the banned substance betamethasone leading into its victory at Churchill Downs. Medina Spirit was using the anti-fungal ointment Otomax, which contains the banned substance, to treat dermatitis following the Santa Anita Derby.

The latest statement does not completely admit guilt. Lawyers phrased the statement to allow some wiggle room in the appeal, stating that they “do not know definitely that this was the source of the alleged picograms found in Medina Spirit’s post-race blood sample… this could explain the test results.” 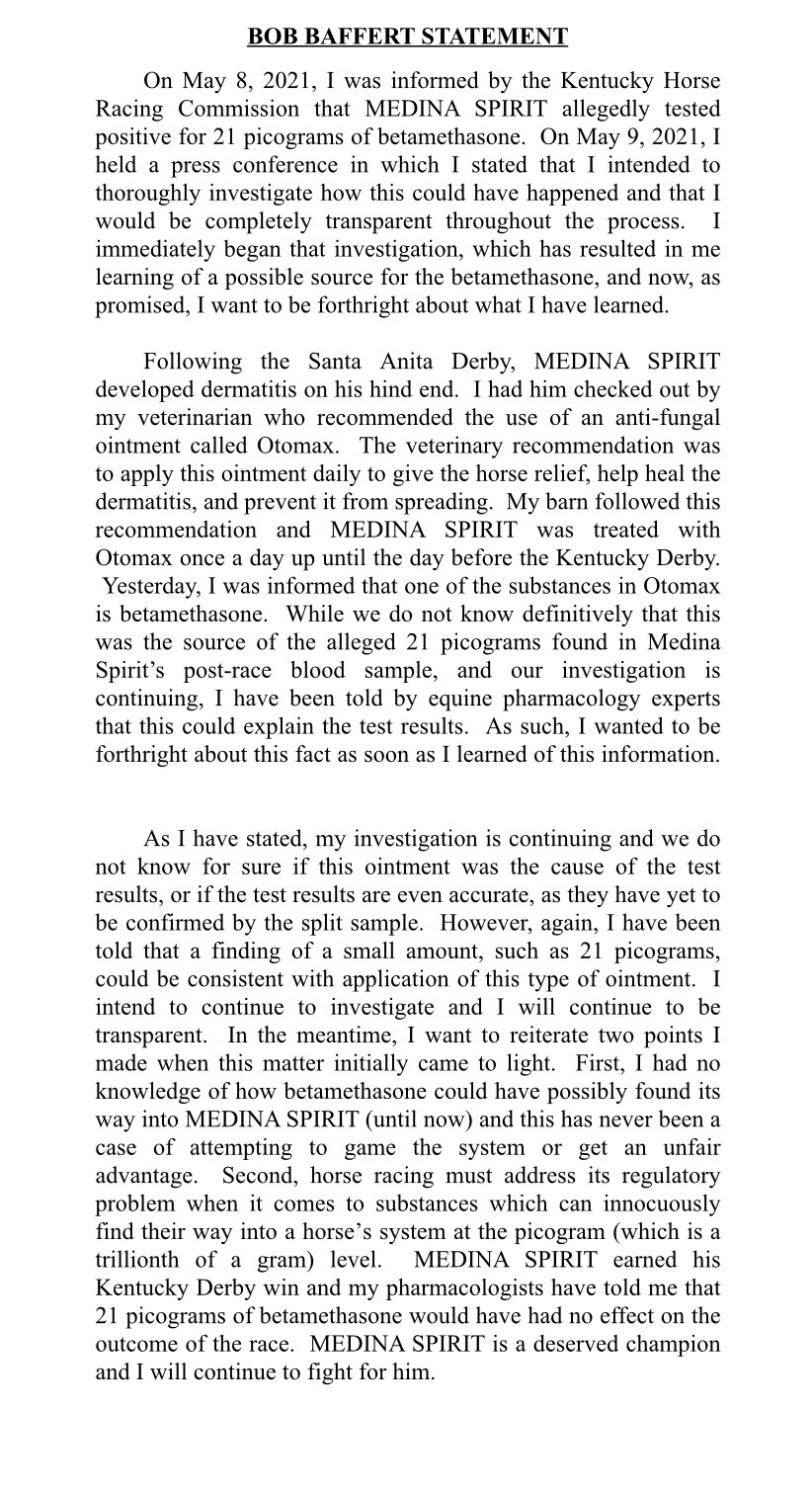 After playing the blame game, it appears that Baffert is willing to wave the white flag, which will ultimately lead to a Kentucky Derby disqualification. Until that ruling is made official, Medina Spirit will continue to race, scheduled to run in the second leg of the Triple Crown this Saturday at Pimlico.