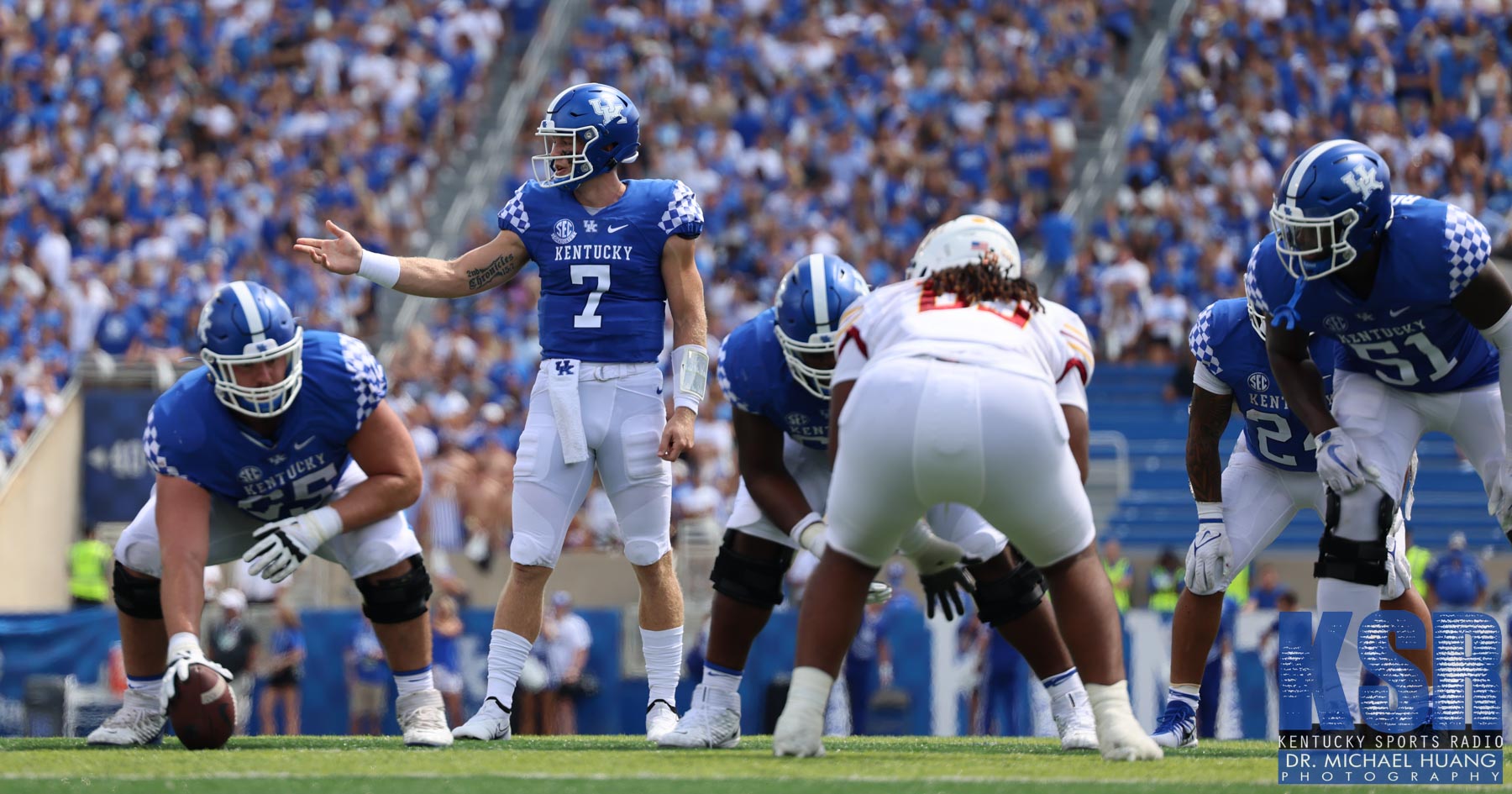 It’s officially football time in the bluegrass, as the Kentucky Wildcats cruised to a 45-10 victory over Louisiana Monroe to open the 2021 season on Saturday. The competition level was admittedly low – the Warhawks finished last in the Sun Belt at 0-10 in 2020 – but the team’s growth on both sides of the football was undeniable and put on full display in the season opener.

Just how impressive was Kentucky football’s debut? The numbers jump off the page, with the Wildcats ranking in the top five of ten major statistical categories, including first in five.

KSR has gathered all of the best and worst statistics in the three major categories: offense, defense, and special teams. Let’s take a look:

Liam Coen’s debut as Kentucky’s offensive coordinator was an overwhelming success, with his unit racking up 554 total yards – including 419 passing – and 45 points to open the season.

If we’re being honest, you have to nitpick to find the offense’s “negatives.” Most had to do with successes elsewhere, namely with first downs, rushing offense, time of possession, and 4th down conversion. UK had explosive plays – including three touchdowns of 15 yards or more – and clearly focused on hitting home runs through the air.

Mark Stoops was frustrated with turnovers and penalties, but beyond that, it’s tough to get too bent out of shape with any of the other offensive numbers.

Think the offense graded out well? Wait till you see Brad White’s defensive numbers. Kentucky currently leads the nation in total defense and team tackles for loss, among other major highlights.

The proof is in the pudding: it was an unbelievably dominant defensive effort for the Wildcats.

Again, not much to dislike about Kentucky’s defensive effort.

It was a limited sample size, but UK’s special teams unit did its job on kicks and return coverage.

There were a few miscues with the punting unit, namely with Wan’Dale Robinson’s early muff and a so-so debut for Max Duffy’s replacement, Wilson Berry.

Again, limited sample size and no serious concerns after one game. We should know more about the unit as a whole when Missouri comes to town next weekend.

Hard to ask for a better overall performance to open the season. Back at it on Saturday.

The post Breaking down Kentucky football’s team stats through week one appeared first on On3.