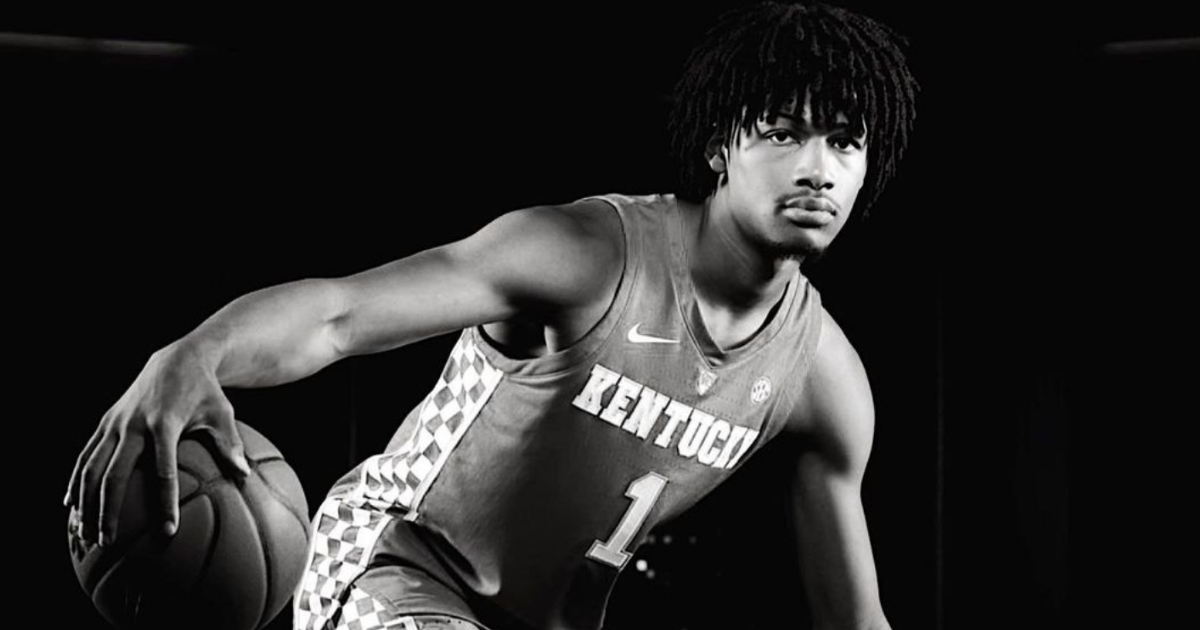 Kentucky has landed a commitment from the nation’s No. 1 overall recruit, as five-star guard Shaedon Sharpe announced his pledge to John Calipari and the UK basketball program Tuesday evening.

Sharpe chose the Wildcats over Arizona, Kansas, Oklahoma State and the G League Ignite. He also held previous offers from Alabama, Arizona State, Oklahoma, Oregon, Texas and USC, among others.

The Ontario native – he now plays for Dream City Christian (AZ) – took an official visit to Kentucky on June 18, followed by another trip to Lexington with his parents starting August 30. Arizona was the only other program to receive a visit, official or unofficial.

The 6-foot-5, 185-pound senior guard is listed as the No. 1 overall recruit by On3, Rivals, ESPN and HoopSeen. 247Sports, which has not yet updated its rankings, currently has Sharpe ranked No. 6 overall.

The five-star guard averaged 22.6 points on 48 percent shooting and 36.4 percent from three to go with 5.8 rebounds and 2.7 assists per contest in 12 games at Peach Jam this summer. He led the prestigious event in scoring, finishing with 20 or more points eight times, 25 or more six times, and 30 or more points twice. He also finished in the top five in total 3-pointers made.

“All the players that went through (Kentucky), through their program, they made it to the league,” Sharpe told KSR back in April. “I feel like if I go there I could do the same thing.”

The post BREAKING: No. 1 recruit Shaedon Sharpe commits to Kentucky appeared first on On3.