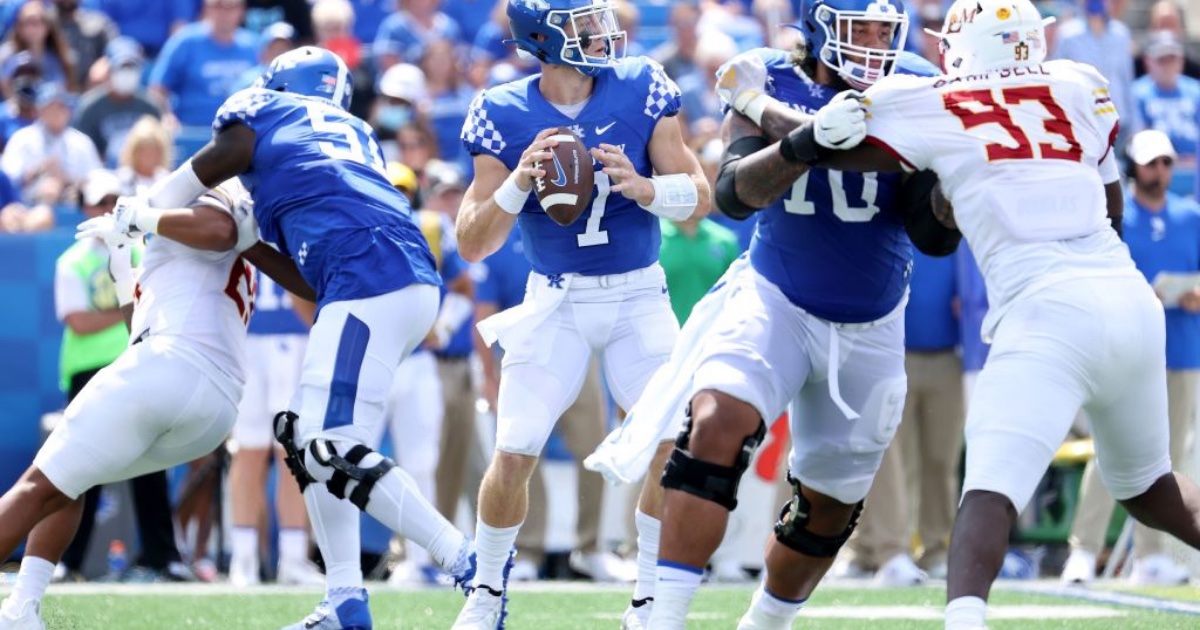 With Liam Coen now on offensive play-calling duties for Kentucky, I always like to break down the offensive performance based on down and distance. I think that gives you a pretty good look at offensive philosophy, based on the number of pass and run plays called, as well as where the offensive excels the most. Against Louisiana-Monroe, it was hard to find too many negatives outside of the two turnovers committed. You saw explosiveness in the pass game we haven’t seen under Stoops as well as Chris Rodriguez as the go-to back with Smoke there to fill in the gaps.

As you’ll see below, it didn’t really matter what the down and distance was, the Cats did pretty well all day long:

Analysis: Wow. The Cats ran 33 offensive plays on first down and averaged over 10 yards per play on that group alone. Big chunk plays in both the run and pass game. The first two touchdowns from Levis came here as well. Besides the two turnovers, the Cats were nearly flawless on first down and while this kind of production will be tough to replicate, anywhere near this success will mean great things for the offense. Another interesting thing to keep an eye on is if the play-calling remains this balanced throughout the season.

Analysis: While the passing attack did leave much to be desired here it was offset by a very productive running game. Play-calling skewed a little more rush, likely due to the success of the offense on 1st down leading to more 2nd and medium and short situations. The lack of success with the pass did force UK into some 3rd downs but just a minor thing to clean up before Missouri.

Analysis: This has been the BANE of the Mark Stoops tenure on offense. They just never had the quarterback to convert 3rd and long consistently. If you can hit anywhere around 40-45% on these plays it can be game-changing. Obviously, the play-calling will be very pass-heavy in this situation but Levis was dynamite. He completed 6 of his 7 attempts and converted 50% of the total chances here. You can win a lot of games with those numbers.

Analysis: Cats only had to run three plays in 3rd and short but they converted 2 out of 3, which also resulted in 2 touchdowns as well. These are the plays you have to convert at a very high percentage or they can be drive-killers. Remember all of the Wildcat blunders from the past couple of years? Absolutely changed the momentum against us in some games. Can the offensive line hold up for the entire season? And will Coen’s play-calling lean heavily towards the run? Only time will tell.

The post BTI’s Rants and Ramblings: Offensive Play-calling Breakdown appeared first on On3.