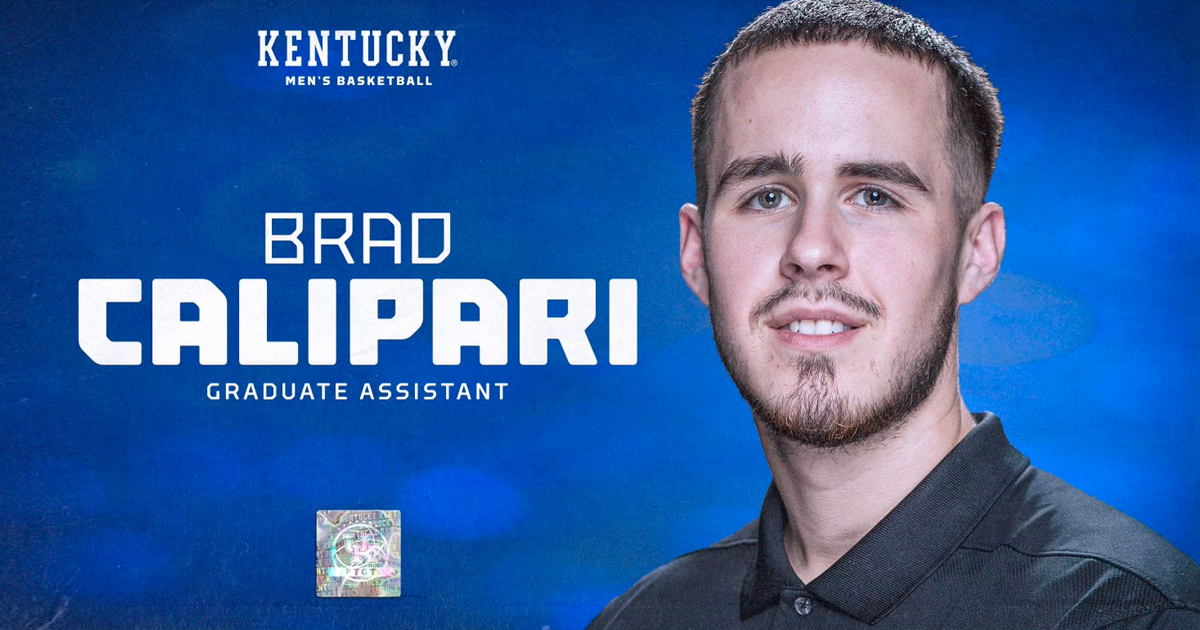 John Calipari’s offseason staff shake-up is already seeing results on the Kentucky Basketball recruiting trail, today especially with Shaedon Sharpe’s announcement. New assistants Orlando Antigua and Chin Coleman are two of the top recruiters in the game and they didn’t need long to get Kentucky back in the mix and in the lead for the top names in high school basketball. Of course, Antigua also returns some of that early Calipari era swag as a former assistant from 2009-2014, a run that saw a national championship, a runner-up finish, and a Final Four appearance.

Internally, the additions of Antigua and Coleman helped Calipari re-find his own swagger after a trying year, but it’s Kentucky’s graduate assistant spot that returns the most swag from years past.

In his first non-playing role in college basketball, Brad Calipari joined his old man’s staff in Lexington as a graduate assistant coach for the upcoming 2021-22 season. A 2019 graduate of the University of Kentucky, Brad earned a master’s degree while playing a graduate season at Detroit Mercy in 2020-21, and will now pursue a master’s in kinesiology with an emphasis in sport leadership while getting his first introduction into coaching under his Hall of Fame dad.

A busy job, Brad is being used in many ways around the practice facility, including as a runner for whatever the boss needs.

“What I’m making him do right now, I make him do stuff just to do it,” Coach Cal explained. “Brad, go get me coffee. And then I throw the coffee out. I didn’t want any coffee; I just wanted him to have to go get it. I need you to sweep that floor down there.

Among his basketball contributions, Calipari said Brad loves to add value to the players and that he is vocal about what he saw in practice each day. One recent assignment, Brad was given folders with things that were decades old and told to look through it all.

“He’s into it,” John Calipari said. “He wants to do this. He’s starting at the very bottom where he should start. Yet, I want him involved with everything because I want to teach him, I want him to learn. You’re right, he’s my son. But, he played for me, my son, how much did he play? This is merit based.”

Before every game, Calipari collects scouting reports from everyone on staff. He does so, he says, to see who among his staff members did their homework and studied for the test.

“I need to know, do you know anything? You’re not speaking to me if you don’t know what you’re talking about,” Calipari explained. “I want to know this guy knows what he’s talking about because I looked at that scouting report. If he doesn’t, don’t talk to me.”

Now that Brad is a graduate assistant, he too will be expected to provide a scouting report on each opponent, so Coach Cal will know if he can lean on Brad for anything regarding that game.

“Brad will be included in that,” said Calipari. “The same with film stuff. I’ll be asking him to do stuff with the film.”

“I’m happy he’s here, and I’m happy of his attitude and his spirit.”

Watch Calipari explain Brad’s new role and how happy he is to have his son on staff:

The post Calipari happy to have son Brad on staff as graduate assistant appeared first on On3.