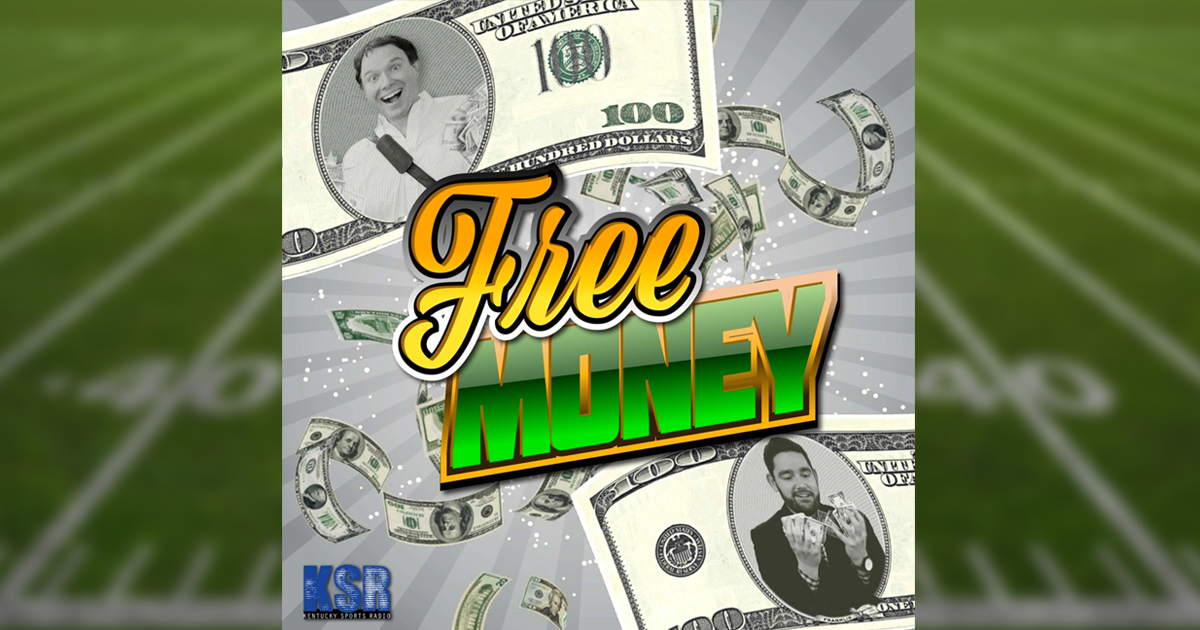 The Free Money Podcast is back for Season 5, Episode 2 with picks against the spread for the upcoming slate of football games. Last week we opened Free Money’s fifth season with a pretty average run of picks; in fact, the show was a combined 25-25 against the spread in Week 1 of college football.

This week Free Money handicaps the biggest games again and we are excited to welcome the National Football League to the conversation. From here on out, Free Money will make picks for both college football and the NFL for the rest of both seasons.

Episode 2 of Free Money also has Jay’s Louisville Restaurant Recommendation of the Week, tales of wild times in Colorado Springs, a Pat Narduzzi joke, and a big reason to listen again to next week’s show.

Tune in by subscribing to “Free Money with Matt and Drew” on iTunes. You can also stream the show online or on your Android phone through Spotify.

This episode of the Free Money Podcast is presented by MyBookie. Use promo code FREEMONEY and instantly receive double your first deposit, that’s double your funds, to double your winnings.

The post Free Money Podcast: Picks Against The Spread for Week 2 CFB, Week 1 NFL appeared first on On3.