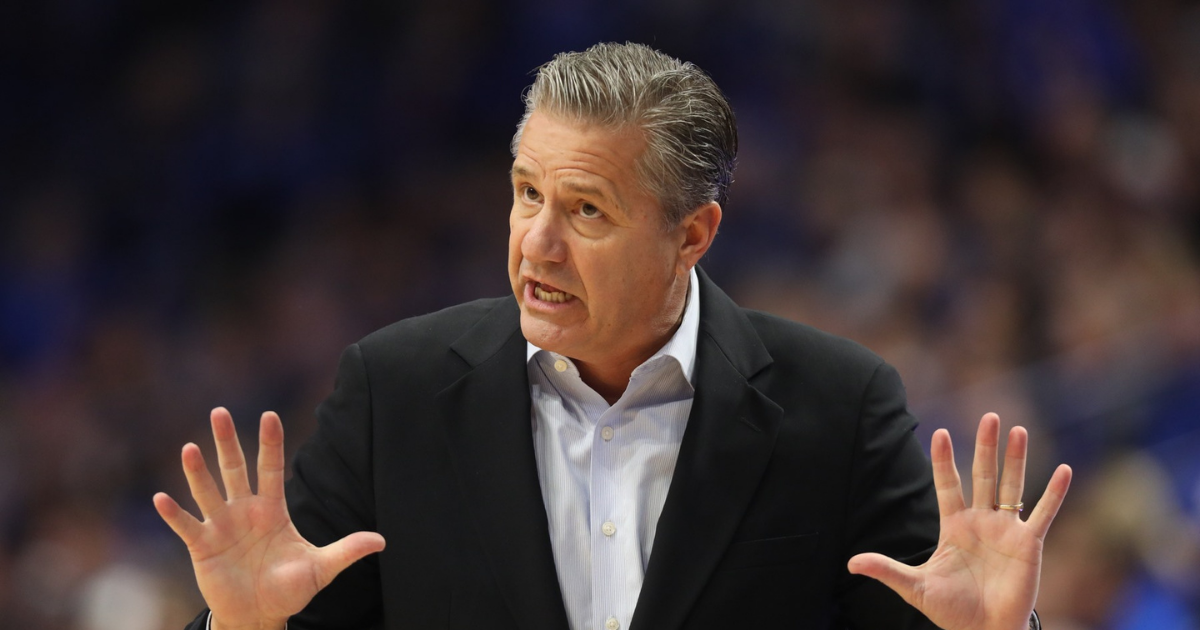 John Calipari was noticeably absent from some big events this summer, including portions of the Peach Jam and the NBA Draft. Today, he confirmed that is because he contracted COVID-19 even though he was fully vaccinated.

“I am going to say something I haven’t said,” Calipari said on a Zoom call with reporters. “I had the vaccines. My wife did the first minute. Matter of fact, I busted the line. I wanted to get vaccinated because I was around young people. I had a breakthrough [case] this summer. So, I got the virus this summer.”

Calipari said initially, he did not go public with his diagnosis because he feared it would discourage others from getting vaccinated; however, after some reflection, he hopes sharing his story now will do the opposite.

“Do you know why I didn’t say anything?” Cal said. “I would tell you that I did not want to discourage anyone. To say, ‘Well, now he got it so why would I take it? It doesn’t matter.’ My symptoms were so mild that I was good. It took me — I had some aches and pains and stuff. Never got a fever, never got the headache, nothing but I was positive.”

“I was in New Jersey and for all of us, if you’re not feeling right, in the past would you ever go get tested? No, you’d just go take an aspirin, let me have some Nyquil, I’ll be fine. But I wasn’t feeling right.”

Calipari and his wife both took an antigen test and a PCR test. She tested negative both times, but his test came back positive. The two quarantined from each other and he also required his staff to get tested, not just for their well-being, but to try to figure out the source, he joked.

“I have no idea where I got it, what I got it from. You just don’t know. But I had every staff member — like, I have 25 people that are near me — I need you all to get tested. So after they got tested, I knew Ellen was fine. They all thanked me for caring. I said, ‘Caring? I want to know if one of you guys gave it to me.’ I wasn’t caring. I was trying to figure out where I got this thing.’ But everyone was negative except me. My wife was negative except me. I didn’t know. So, that’s why I couldn’t be recruiting. That’s why I couldn’t be at the draft. I was quarantined for that period of time.”

As the Delta variant sweeps the nation and children return to school, case numbers are rising. Calipari said he’s hearing of more and more breakthrough cases in his own circles.

“So, all I’m saying. I’m not telling anyone what to do with their body. I’m telling you what happened to me and what’s happened to my friends and I care about — my concern is 12 players and our fans. I don’t want to hear anybody die because they didn’t do it. I’m just saying, it doesn’t say you’ll never get it. But the chances of something severe happening are really, really low. And, I want us to have a full arena this year but we have to go with what the health officials say. So let’s hope we beat this down and I got through to one person. I saved a life. That said, you know what? It’s free. I don’t like shots.’ I don’t like shots either. My wife couldn’t believe I went. When I see a needle, I am about to faint. So, you’ll never see a tattoo on this body. What?! A tattoo? No. Because I’m not taking a needle.

“You take the shot, you got a chance. I’m not saying, telling anybody what they have to do. I’m telling you what happened to me.”

Even though he did not go public with his COVID-19 diagnosis in July, Calipari knew there was speculation, especially when he did not attend the NBA Draft to be with Isaiah Jackson in the Green Room.

“My neighbor said, ‘You didn’t go to the draft. you’re positive, aren’t you?’ And I said, ‘Why did you think that?’ ‘Because you would never miss the draft.’ And he got it. I would never have missed the draft. I had to call Isaiah three days before and say, ‘Look, I’m not going to be able to do it, I can’t be up there.’ And so, he was fine.

“But I just encourage people to think about this. It is kids going back to schools that are not vaccinated that can bring it back to you or your family. It can happen. And if you are vaccinated, the chances of something serious happening are very, very, very slim. Please, I only say that. If you choose not to, that’s fine. I’m only telling you that it’s your best chance of protecting yourself, maybe your family, maybe your parents, whatever. Because there’s still gonna be. Two came and there were breakthroughs, but they’re not that sick. They got sick, but they’re not that sick.”