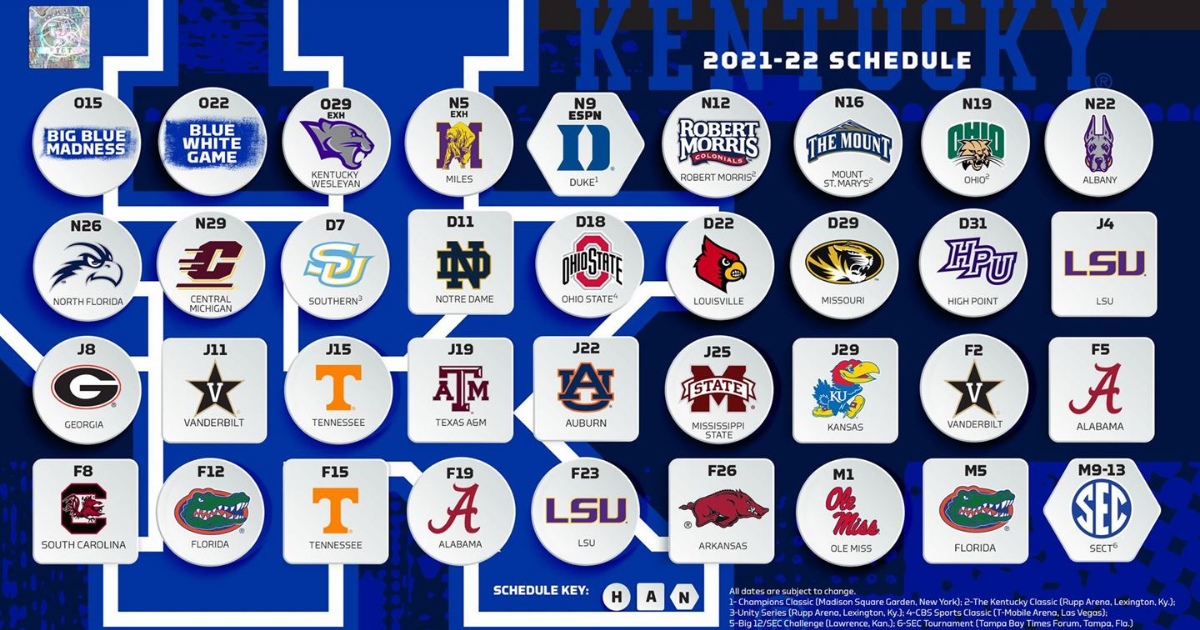 The Southeastern Conference unveiled its 126-game men’s basketball schedule for the 2021-22 season on Thursday. As a result, Kentucky’s complete 31-game slate is complete.

The Wildcats will play an 18-game league schedule that includes home-and-away opponents of Florida, Tennessee and Vanderbilt, along with two games each against Alabama and LSU.

Conference play will tip off Wednesday, December 29 and run through Saturday, March 5. Each SEC team will play the other 13 teams at least one time during league play. The ninth annual Big 12/SEC Challenge will take place on Saturday, January 29.

The SEC Tournament returns to Tampa, Fla., when Amalie Arena hosts the event from March 9-13, 2022.

Television information and start times will be announced at a later date.