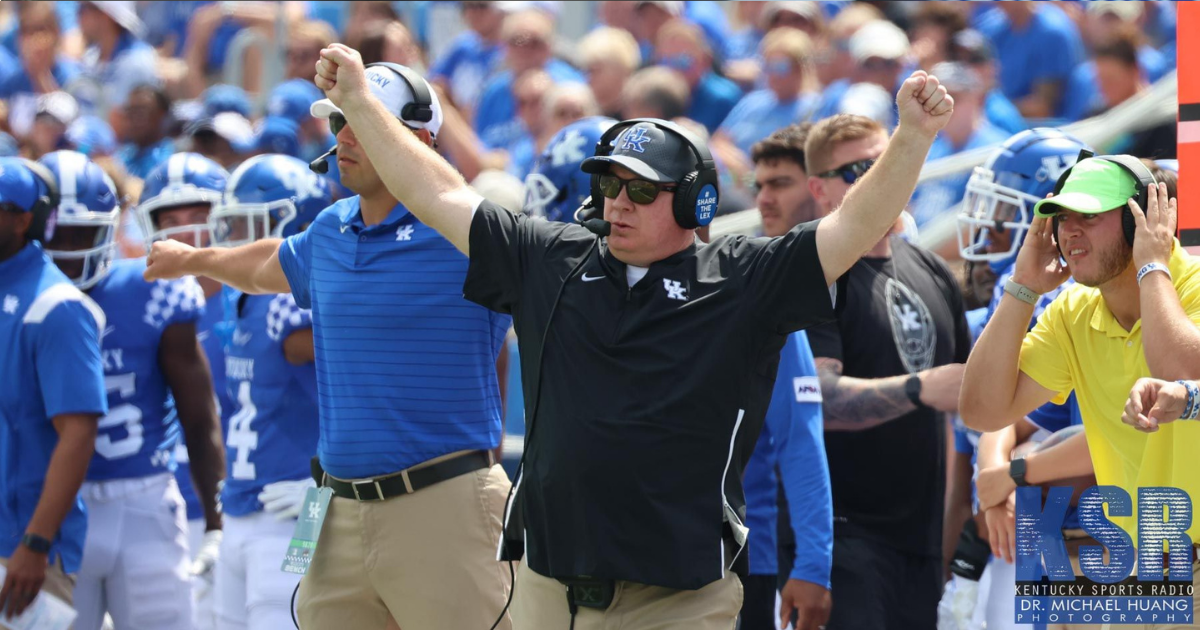 After a blazing hot start to open up the 2021 football season, Kentucky will head into Week 2 as the favorite.

According to Circa Sports, UK is currently a five-point favorite to beat the Missouri Tigers on Saturday, Sept. 11 at 7:30 p.m. EST. The over/under has been set at 54.5. Kentucky initially opened up as a 3.5-point favorite, but it was quickly bet up to a five-point edge.

Kentucky is 1-0 against the spread this season, beating the Louisiana-Monroe Warhawks this past Saturday 45-10. The ‘Cats were a 31-point favorite to beat ULM and did so by 35, scoring a touchdown with one minute left in regulation to push them over.

ESPN’s Matchup Predictor gives Kentucky a 69.1 percent chance to beat Mizzou and start the season 2-0. The Tigers earned a close 34-24 victory over Central Michigan in their season-opener yesterday but failed to cover the 14-point spread.

Next weekend’s game against Missouri will be the second of three straight home outings for Kentucky. It will be broadcast live on the SEC Network.