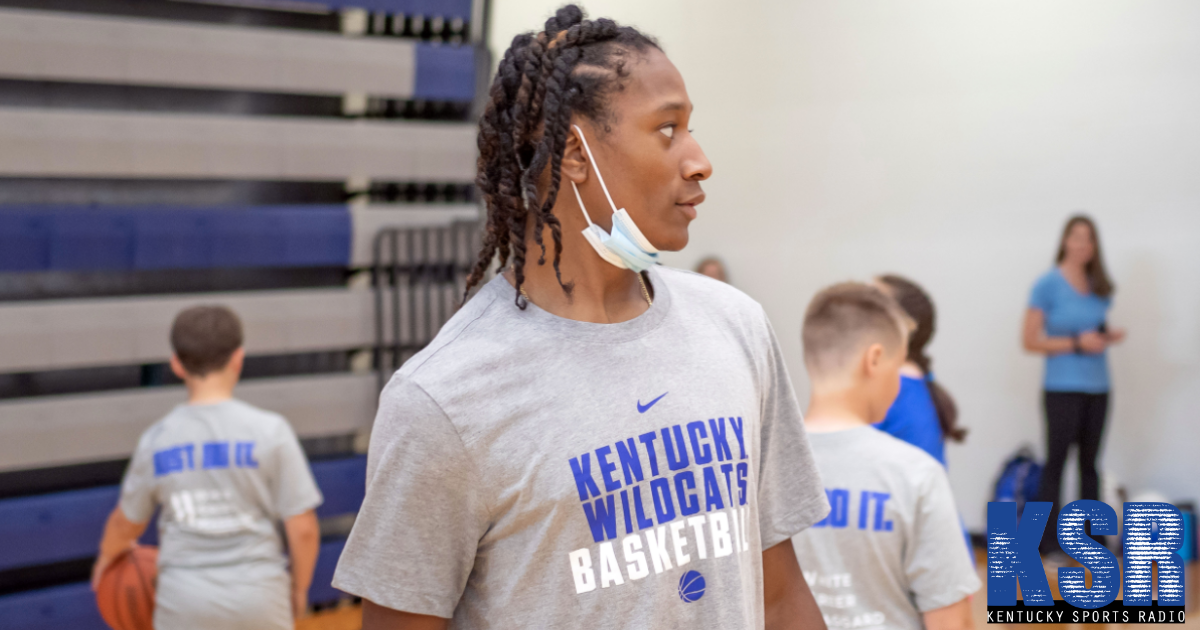 Following Nolan Hickman’s decommitment back on April 30, the Kentucky basketball program entered the month of May with zero point guards signed on for the 2021-22 season. By the start of July, there were three legitimate point guard options locked in, with a potential fourth emerging from the group, as well.

Five-star recruit TyTy Washington was the first to commit to Kentucky on May 12, followed by Georgia transfer Sahvir Wheeler on May 17. The former is the better shooter and scorer, while the latter is the superior playmaker and defender, two complementary pieces.

“Well, we’ve got three that can play the position,” John Calipari said Tuesday. “Sahvir (Wheeler), I did some things where we’re putting in a press that I’ve used in the past, and I didn’t know where I wanted to put him because of his size. He goes, ‘coach, I’m almost 6-5.’ I went ‘OK,’ so I put him at the front of the press, and he’s almost 6-5. Normally you put that guy as an intercept — you need someone in the front line that’s gonna occupy eyes.

“TyTy is better than I thought. (He has a) demeanor, plays the game as it comes. Skill, floaters, jump shots, making passes. Decision making not quite there, but you’ve got those two, they can play together.”

And then on July 1, Davion Mintz announced his return to Kentucky, giving the Wildcats a third strong point guard option to work with.

“As you know, I’ve played three point guards at the same time in the past, and you’ve got Davion,” Calipari added. “As we learned late in the season, he can play the position more as a scoring kind of guard than a creating point guard. He can play it, so we’ve got three and I’m really excited about all three.”

The options may not stop there, either. Kentucky went into summer and fall practices assuming the point guard spot was limited to Washington, Wheeler and Mintz. After seeing his team in action, though, Calipari also feels Davidson transfer Kellan Grady may emerge as a legitimate fourth option, as well.

All four players have solidified themselves as capable and talented options in the backcourt.

“And let me throw another one in there: Kellan (Grady) played point guard at times at Davidson,” Calipari said. “Matter of fact, when we played him when he had 16 (points) on us as a freshman, he was their point guard. So we have options and I’m really excited seeing how they’re playing.”

Most importantly, they’re playing for one another and carry team-first mentalities, something that will help the group as a whole in the long run.

“We brought guys together because it’s really about playing for each other,” Calipari added. “I think that’s helped us too.”

Mintz led Kentucky in scoring with 11.5 points per game in 2020-21, leading the Wildcats in scoring a team-high nine times. He tied for the team lead with 17 double-figure scoring games and led UK with 56 3-pointers on 37.8% shooting, including 29 of 64 over the last eight games. Mintz also led the team in total assists with 77 on the year.