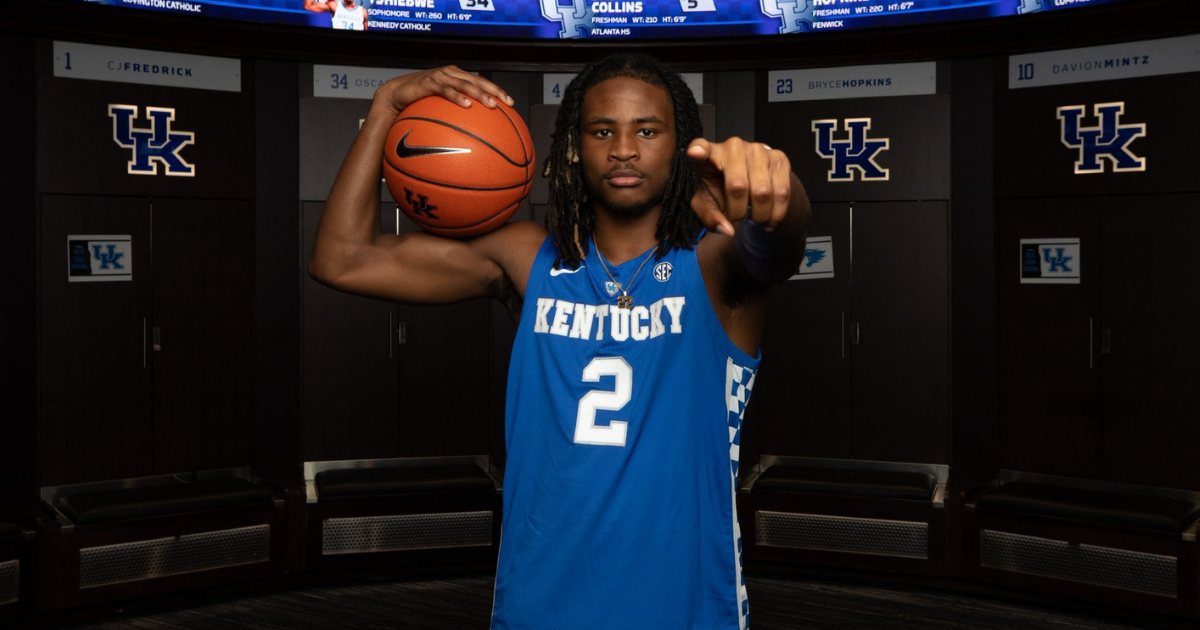 With the start of off-campus recruiting beginning today, Jai Lucas was in to see the top-ten prospect out of Richardson, Texas this morning. The UK assistant posted a photo from Wallace’s high school gym on social media.

According to Brandon Jenkins of 247Sports, Tennessee and Texas were both in this morning, as well. Both schools brought their full staffs.

Wallace is a consensus five-star recruit and ranked by On3 as the No. 7 overall prospect from the class of 2022. To open the month of September, Wallace cut his list to four, with Kentucky, Tennessee, Texas, and the University of Texas at San Antonio (UTSA) rounding out the finalists.

The major UK target has an announcement date scheduled for Nov. 7, with Kentucky seen as the heavy favorite. He received an offer from the program after Peach Jam and took an official visit to Lexington on August 26. Since then, four Crystal Ball picks and three FutureCast predictions have come in, all in favor of the Wildcats.

“That offer meant a lot to me. I’ve been looking forward to that offer for a while,” Wallace told KSR in July.

Kentucky also has confirmed visits with Dereck Lively II, Chris Livingston, Adem Bona and Skyy Clark on Thursday, among others.

This is the first time off-campus recruiting has been permitted since March of 2020. Coaches were allowed to make off-campus evaluations starting June 1, but in-person contact was restricted beyond campus visits throughout the summer.

Can the Wildcats continue their run of major recruiting success?