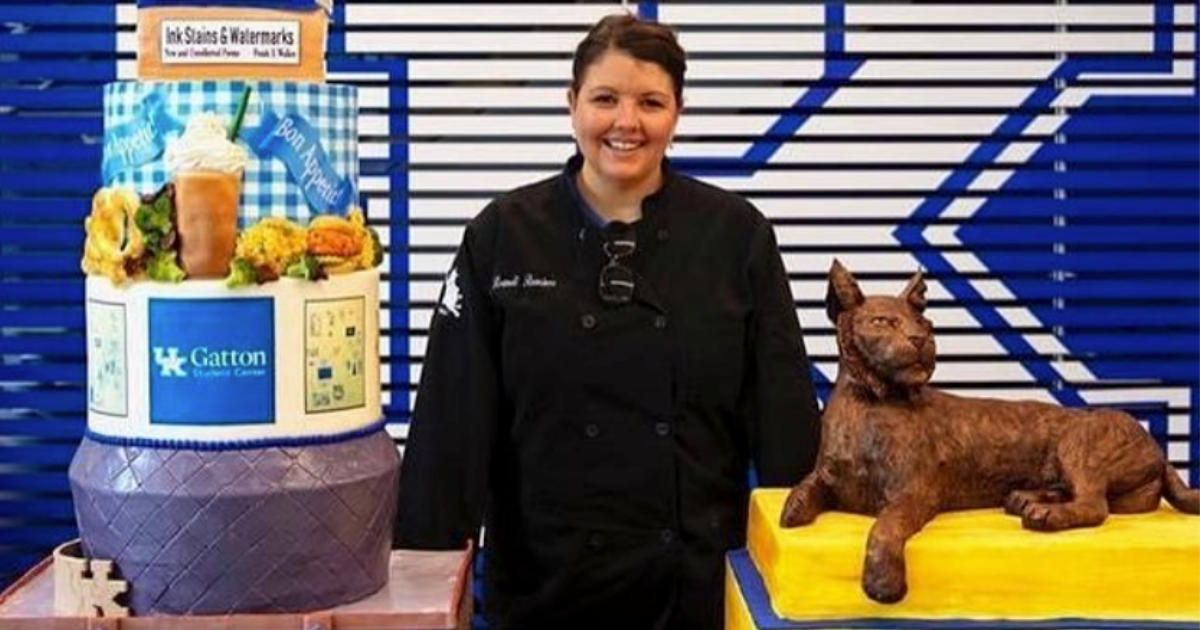 Go ahead and mark your calendars for Oct. 6. One of the Big Blue Nation’s most loyal fans and a frequent caller into KSR, Kentucky native Brandi Romines is set to appear in Netflix’s upcoming baking show, Baking Impossible.

The trailer for the show dropped earlier on Wednesday and is defined as a show in which “Top bakers and engineers team up to build edible creations that must taste delicious and survive intense engineering stress tests to win $100,000.”

For those of you who aren’t familiar with Romines, who was proudly born in the 606, you might remember her call into KSR from earlier this year when she took up in defense of the Kentucky Men’s Basketball program.

But she’s much more well-known than just for calling into a local sports radio show. Romines is one of the most talented cake artists around and she had the opportunity to prove it for all of Netflix to see.

You might have seen Romines’ work across social media before. She’s baked beautiful cakes for the likes of UK president Eli Capilouto, Kentucky MBB head John Calipari and his wife Ellen, former Kentucky WBB head coach Matthew Mitchell, and former Kentucky MBB head coach Joe B. Hall. Not to mention countless Kentucky basketball players such as Josh Harrellson and Immanuel Quickley. She even presented Coach Cal with a cake version of the 2012 NCAA Tournament trophy.

Our personal favorite of Romines’ cakes, however, had to have been the KSR 10th anniversary cake.

The first six episodes of Baking Impossible will air on Oct. 6 with the second and final six episodes being released a week later on Oct. 13.

The post KSR caller Brandi Romines will be featured on Netflix’s ‘Baking Impossible’ appeared first on On3.