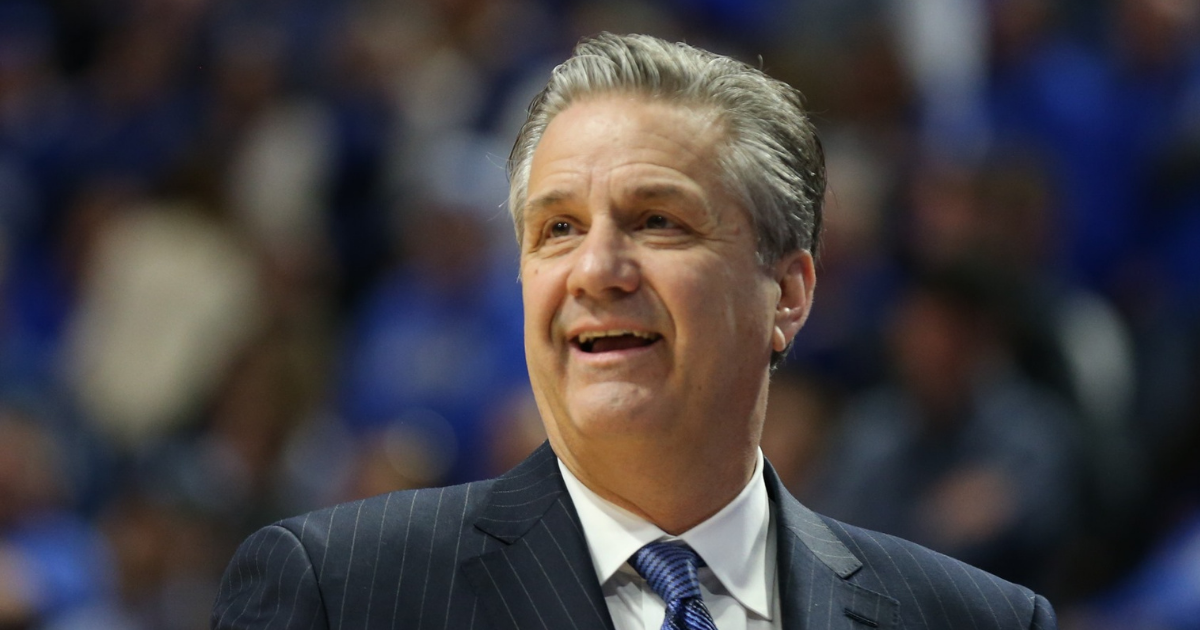 Shaedon Sharpe’s decision day has arrived. It could also be the same day John Calipari gets his recruiting swagger back.

The sensational Sharpe is the No. 1 basketball player in America. The 6-foot-5 swingman from Ontario, Canada will choose between Kentucky, Arizona, Kansas, Oklahoma State and the G League. Despite a report that a meeting with G League officials “went great,” all signs point to Sharpe spurning the seven-figure offer to become Calipari’s first top-ranked recruiting signee since 2015. Every official prediction by a recruiting website has penned in Sharpe to Lexington.

Shaedon Sharpe is skilled enough to make a team Final Four ready. The way things are trending now, he could be the first a few game-changers that can make the Cats bonafide National Championship contenders in 2022-23.

John Calipari heard the noise last year. Now, he’s back with a vengeance. The recruiting revenge tour begins tonight at 7 pm. We’ll have everything you need to know right here on KSR.

The Kentucky basketball team can’t spend 24 hours a day in a gym. In-between dunks at the Joe Craft Center, they’re getting out and about. Last night they played a little kickball at Woodlawn Park. This team is quickly becoming a tight-knit group.

It was so bad that it wasn’t even fun to watch. Louisville trailed 26-0 after a first half where there were four targeting penalties and only five Louisville completions. Malik Cunningham has absolutely zero talent around him and the Cards just looked hapless.

It was only one game, one very bad, ugly 43-24 loss on national television. But a blind man can see that it was the nail in the coffin of the Scott Satterfield era. That stinker was the fruit of Satterfield’s offseason labor. He is reaping what he sowed. Now the wheels are falling off and it feels like 2018 again. Unfortunately, he will probably not be on the sideline when Kentucky comes to Floyd Street, leaving us one lasting Governor’s Cup memory.

While we’re here, let’s go ahead and share some more embarrassing moments from Monday night.

Today is the most physical day of practice for the Kentucky Wildcats. A year after Missouri out-physicaled the Cats, you better believe UK is getting after it.

“I didn’t like the way they played more physical than us a year ago. That is uncharacteristic and I don’t particularly like that,” Stoops said at Monday’s press conference. “We need to be much more physical this year.”

We’ll hear from Liam Coen and the offense tonight just before Sharpe’s decision. Until then, see everything Stoops had to say.

You were probably not up and at ’em on Labor Day. We have plenty of football talk to get you back into the zone. Start your day by listening to Chris Rodriguez talk to Max Duffy and Miles Butler on Pin it Deep.

Once you’ve had a few laughs, let’s get nerdy with X’s and O’s talk on 11 Personnel. Cap off your day by hearing what the KSR Football Podcast has to say about the new UK offense and what might happen against Missouri.

You people are great and you don’t hear it enough. After a solid crowd showed up to see Josh Paschal and Yusuf Corker Saturday night at KSBar and Grille, Corker’s father shared a message of gratitude for the BBN on Facebook. Sometimes we focus too much on the haters, overlooking how Kentucky fans embrace Wildcats with open arms.

The unpeeled banana eating has gotten out of hand. Just when you thought you’d seen enough, Spencer Hall dunked one into a jar of Duke’s mayonnaise and chowed down on national television.