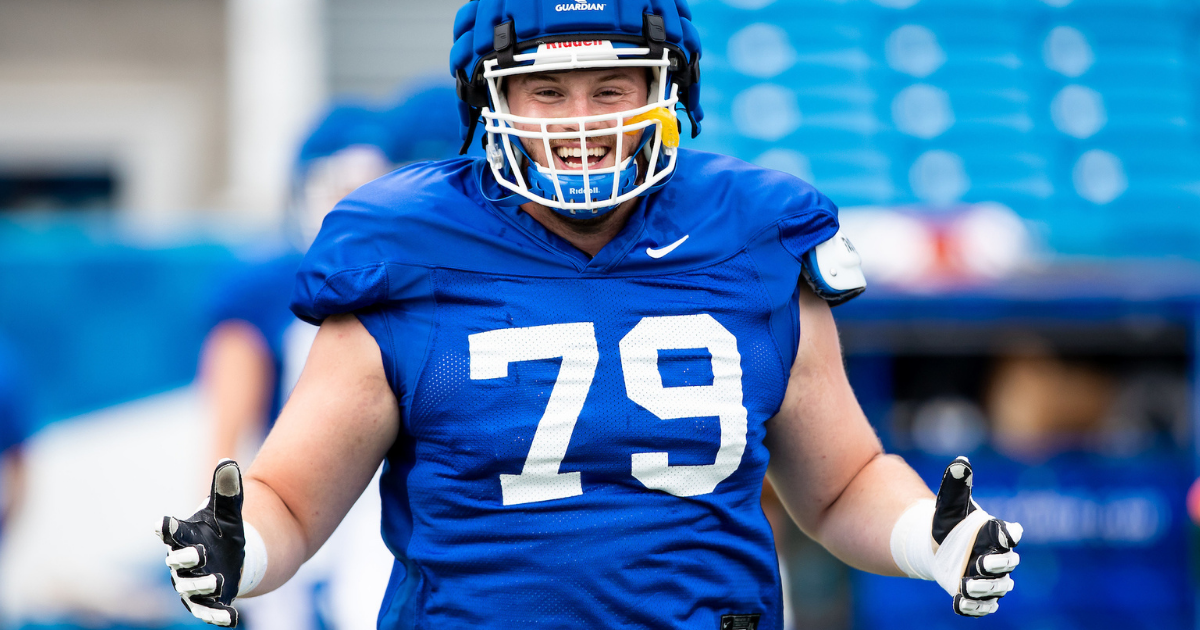 In his first game as Kentucky’s center, Luke Fortner impressed. The SEC named the super-senior Co-Offensive Lineman of the Week for his performance vs. ULM.

Fortner had four knockdown blocks, eight blocks at the point of attack, and did not allow a sack in Kentucky’s 45-10 win over the Warhawks. The Wildcats finished with 564 yards of total offense and had a 300-yard passer, two 100-yard receivers, and a 100-yard rusher in a game for the first time since 2006. Fortner previously played guard but shifted to center upon Drake Jackson’s departure.

Fortner has played in 43 career games with 24 starts on the offensive line. Off the field, he graduated in December of 2019 with a degree in mechanical engineering and just finished his master’s degree requirements in mechanical engineering with plans to graduate in December. On top of that, Fortner began working on a master’s degree in business administration in June at UK’s prestigious Gatton College of Business and Economics. He is on track to graduate with his MBA in May of 2022.

Fortner was named to the CoSIDA Academic All-District First Team, earned preseason third-team All-SEC honors by the league’s media and Athlon Sports, and is on the watch list for the prestigious William V. Campbell Trophy, given to the college football player with the best combination of academics, community service, and on-field performance.

SEC Players of the Week: Week 1

The post Luke Fortner named SEC Co-Offensive Lineman of the Week appeared first on On3.