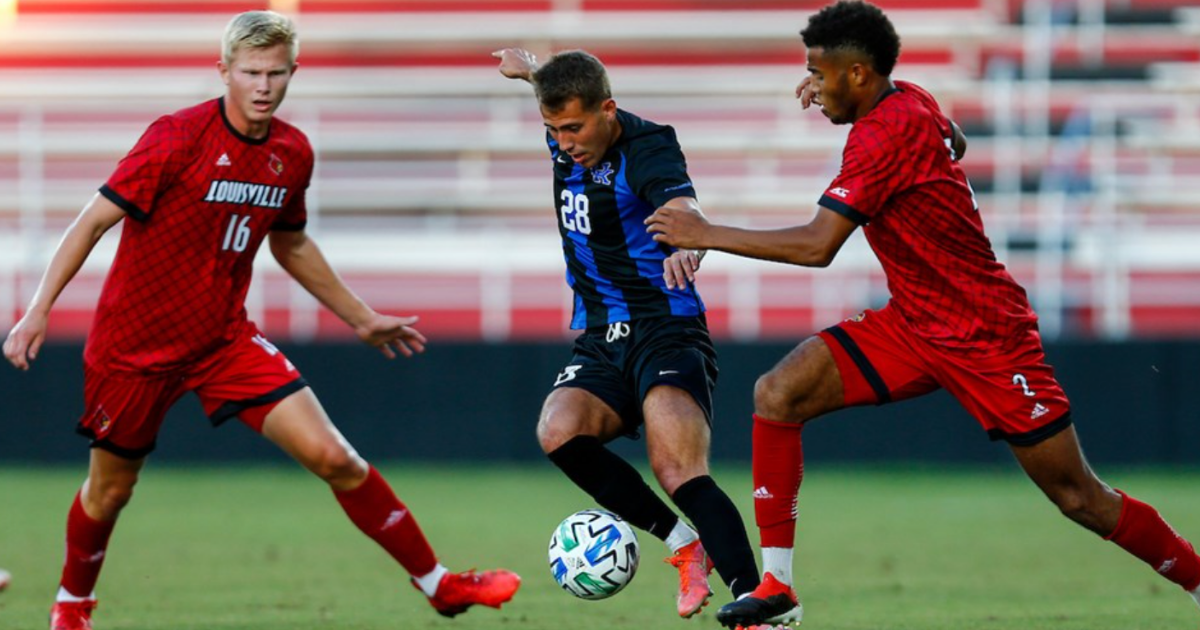 He once threw his Ls Up. Tuesday night Kentucky soccer player Cameron Wheeler threw his Ls Down after netting a goal against his former team.

Trailing 1-0 in the rivalry game at Louisville’s Lynn Stadium, Wheeler wiggled free on a breakaway. The Kentucky soccer star let one rip, banking the ball off the post and into the net to tie the game.

“The Louisville kid breaks the hearts of his hometown fans!”

To add insult to injury, Wheeler, a former Louisville soccer player, punctuated his celebration by throwing ‘Ls Down.’

The goal by Wheeler served poetic justice to Vince Tyra and the Louisville athletic department.

A Louisville native, Wheeler grew up cheering for the Cards. He knew coach John Michael Hayden since he was 10. All of those ties were cut after a COVID-19 outbreak within the athletic department last summer.

Six weeks after returning to campus, in Aug. 2020 29 Louisville student-athletes tested positive for COVID-19. Contact tracing placed a party at the soccer players’ house as the source of the outbreak. It was a bad PR look, to say the least.

In response, Tyra dropped a hammer on the three players, including Wheeler, promptly kicking them off the team and taking away their scholarships. There was no warning. Their college careers at Louisville were finished.

Wheeler did not go down without a fight. Labeled as a “Covid party,” that painted the scene with broad strokes. The entire house tested negative the day prior. Unfortunately, a person who tested positive for COVID-19 joined the celebration.

“We didn’t plan a ‘party’ or large gathering last Saturday,” Wheeler told WDRB. “We didn’t invite a crowd to come to our house. One other student-athlete who had also just tested negative for COVID was invited to come over and hang out with us. This violated no rule. Several uninvited student-athletes followed him in. They said they were also COVID free. But, things escalated quickly.”

Even if you don’t believe Wheeler’s entire story, the punishment did not fit the crime. Tyra was quick to kick the soccer players off the team. That was not the case when a handful of men’s basketball games were canceled after players contracted COVID-19.

Vince Tyra made an example of Cameron Wheeler. A year later Cameron Wheeler reminded the Louisville athletics director why he made a terrible decision.

The post UK’s Cameron Wheeler, Former Card Kicked Off Team for “Covid Party,” Scores vs. Louisville appeared first on On3.