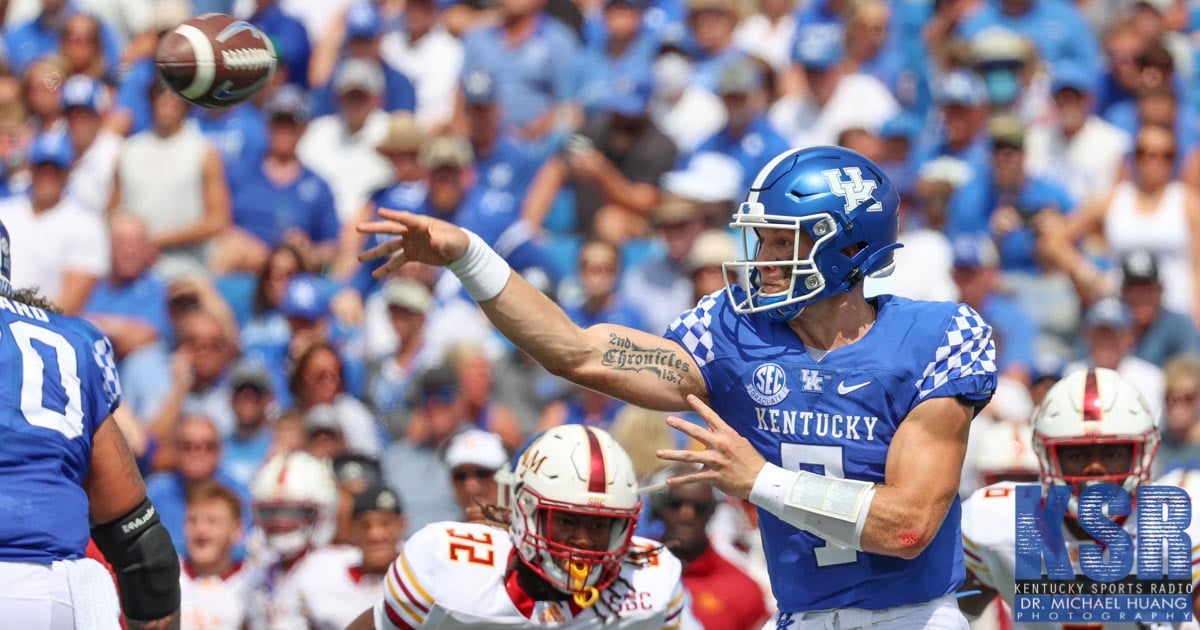 Kentucky quarterback Will Levis is receiving praise for his impressive debut. Today, The Manning Award named Levis one of its “Stars of the Week” for his performance in Kentucky’s season-opening win over ULM.

In Kentucky’s 45-10 win over ULM, Levis completed 18-of-26 passes for 367 yards and four touchdowns with one interception in just over three quarters of play. The junior connected with ten different receivers, most frequently Josh Ali and Wan’dale Robinson, who both broke the 100-yard receiving mark. Ali pulled in five catches for 136 yards and one touchdown while Robinson had five catches for 124 yards and two touchdowns.

Ali and Robinson combined to be the first pair of UK targets to each go over 100 receiving yards in the same game since Matt Roark (116) and La’Rod King (102) did so against Ole Miss on Nov. 5. 2011. Levis’ 367 passing yards are the most by a Kentucky player since Patrick Towles had 390 in 2014 against Mississippi State.

Not impressive enough for you? Check out this stat from Pro Football Focus:

And then watch Saturday’s highlights again.

The post Will Levis named a Manning Award “Star of the Week” appeared first on On3.