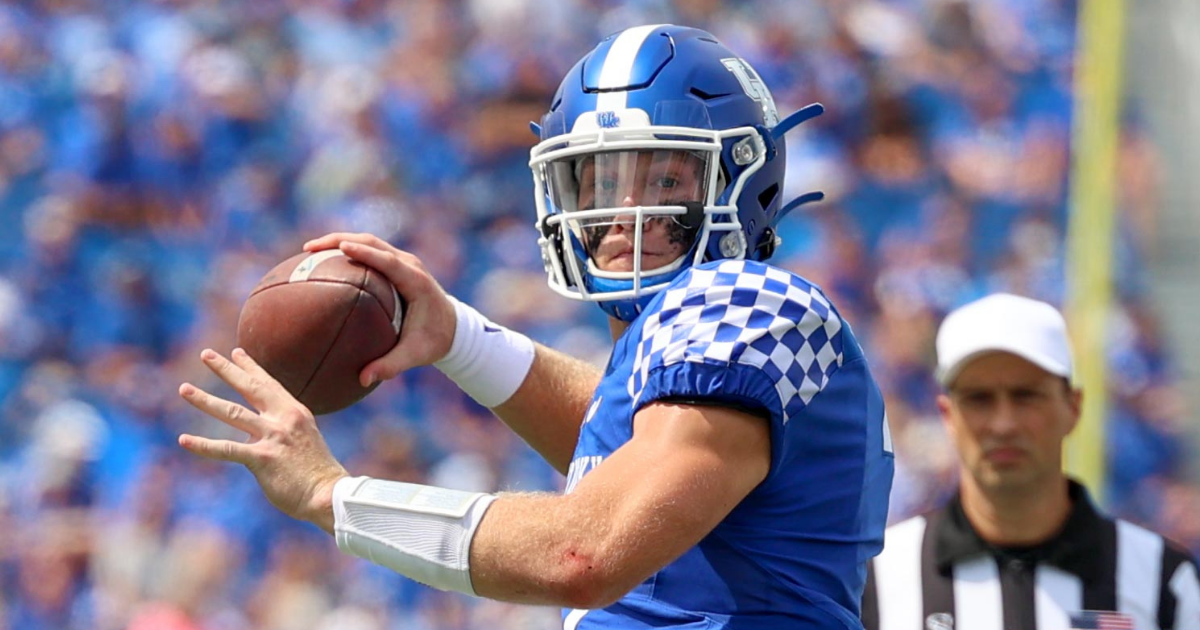 The Big Blue Nation helped its new quarterback earn one of the top weekly honors in college football. Will Levis won The Manning Award Quarterback of the Week, beating out seven other candidates in the Allstate Sugar Bowl’s Facebook fan vote.

Also up for the award were Bryce Young, Alabama; Taulia Tagovailoa, Maryland; C.J. Stroud, Ohio State; Will Rogers, Mississippi State; Desmond Ridder, Cincinnati; Chris Reynolds, Charlotte; and Jack Coan, Notre Dame. To vote, fans had to like the Allstate Sugar Bowl Facebook page and like the photo of their quarterback. Cincinnati’s Desmond Rider and Mississippi State’s Will Rogers finished second and third in the fan vote.

In Kentucky’s 45-10 win over ULM, Levis completed 18-of-26 passes for 367 yards and four touchdowns with one interception in just over three quarters of play. The junior connected with ten different receivers, most frequently Josh Ali and Wan’dale Robinson, who both broke the 100-yard receiving mark. Ali pulled in five catches for 136 yards and one touchdown while Robinson had five catches for 124 yards and two touchdowns.

Ali and Robinson combined to be the first pair of UK targets to each go over 100 receiving yards in the same game since Matt Roark (116) and La’Rod King (102) did so against Ole Miss on Nov. 5. 2011. Levis’ 367 passing yards are the most by a Kentucky player since Patrick Towles had 390 in 2014 against Mississippi State.

National praise for Will Levis

Levis’ impressive debut did not go unnoticed. Pro Football Focus gave him a 91.5 passing grade vs. ULM, the highest Week 1 passing grade by an SEC quarterback since 2014. Levis’ total offense grade of 92.0 was the third-highest among Power Five quarterbacks in Week 1.

Tim Brando went as far as to say Levis could have a “Joe Burrow effect” on Kentucky this season.

Hopefully the first of many honors for Levis.

The post Will Levis wins Manning Award Quarterback of the Week appeared first on On3.