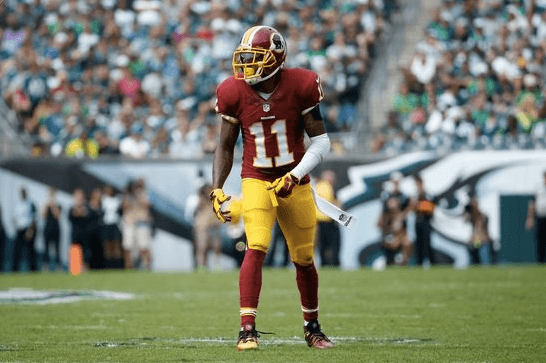 Last week was the first week that the college teams really started to add some flair to their uniforms and thankfully, it continued this week. The NFL did their thing this week also. For some odd reason, everyone was rocking white on Sunday like they were hitting one of Diddy’s all-white parties after the game.

Here are freshest, flyest and most spatted up teams and players from last weekend’s football action. 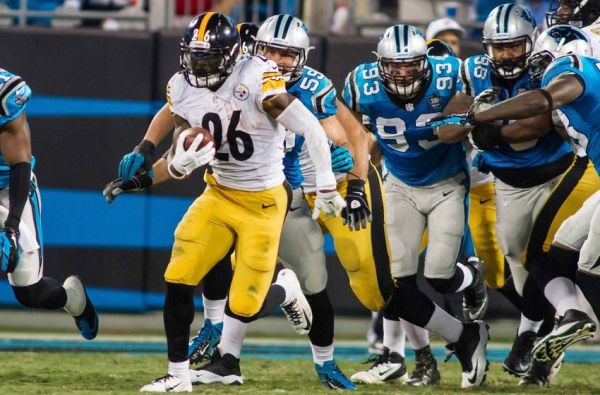 I’m seeing a trend in the NFL as the Allen Iverson sleeve is taking over. Le’Veon Bell rocked his Sunday Night and I was definitely a fan of this look. 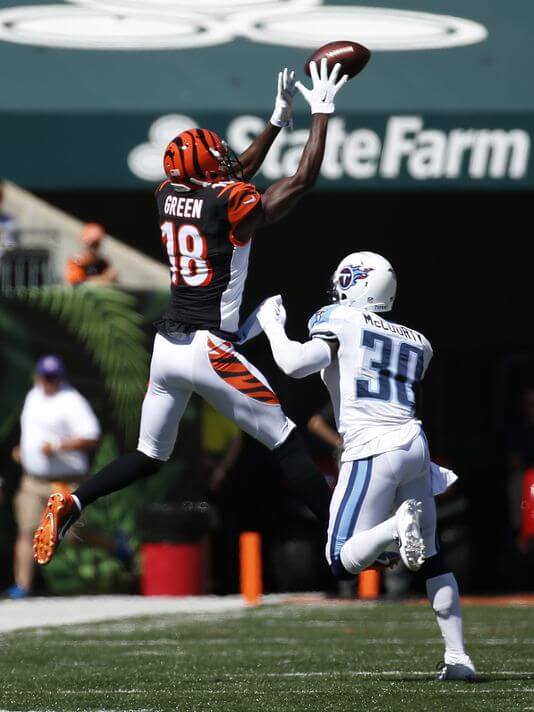 One of half of the McCourty Twins was in Nashville looking like a Storm Trooper this past Sunday. 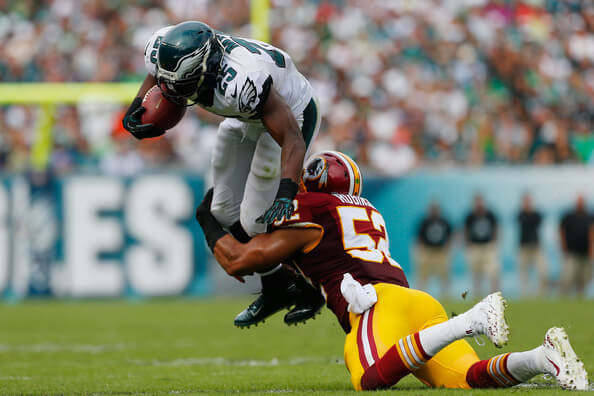 I don’t understand this white trend in the NFL at all right now, but I definitely dig it. I will say that Keenan needs to go all in and rock white armbands and gloves too. 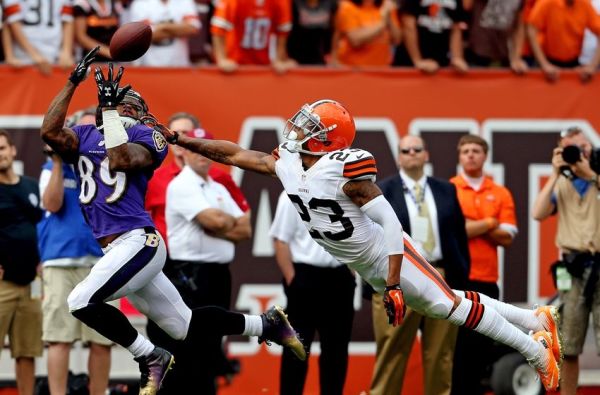 I’ve been trying to get this man on the list since the season started, but just haven’t found a good pic of him. Haden might be the Kanye of the NFL. Think College Dropout Kanye though. He’s still emerging, but is slowly becoming one of the best and he’s a football fashion impresario. Joe may not have been the first to rock the Iverson sleeve in the league, but he definitely does it the best. 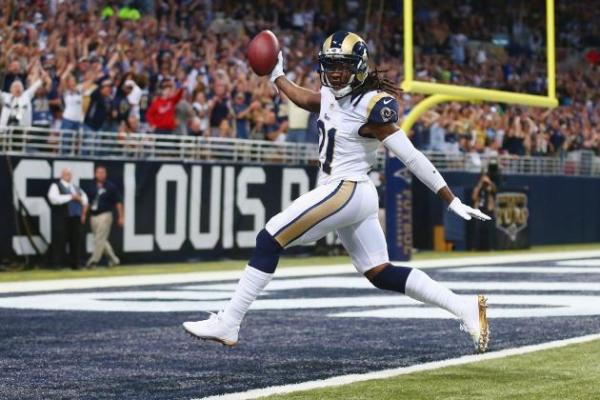 Maybe it’s a Florida Gators thing, regarding the Iverson sleeve. Both Haden and his former Gator running mate, Jenkins know how to look good and play good. (Just so long as he’s not trying to guard Steve Smith, that is.) 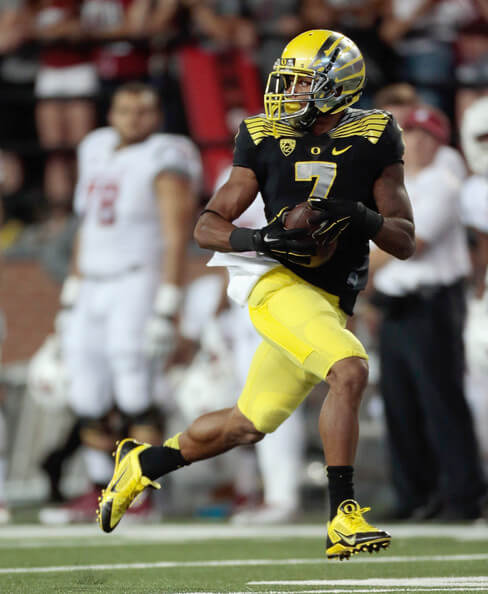 Death and taxes right? Yeah, well as long as the Football’s Freshest list is around, you’re going to see the Ducks on here week in and week out. 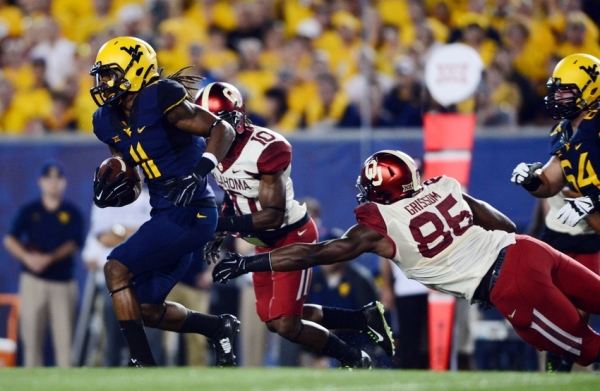 I’ve been watching the Oklahoma Sooners for over 25 years now and this is the third time I’ve seen them in an alternate uniform. It’s great to see them adjusting to the times and adding a little bit of flavor to their uniforms. The West Virginia Mountaineers have the same color scheme as the Cal Bears and essentially they have the same uniforms, but it’s the simple details that make Mountaineers look just better. 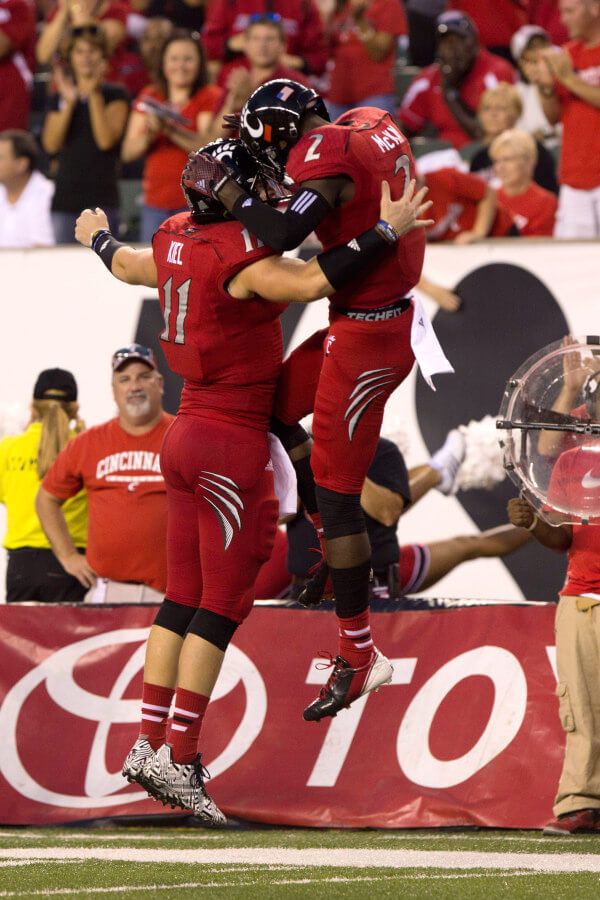 The Bearcats rocked their alternate red unis which I’ve seen before, but what caught my eye was Gunner Kiel’s kicks. I have no clue what they are and I’ve been searching all day. If you know what they are hit me, thanks. 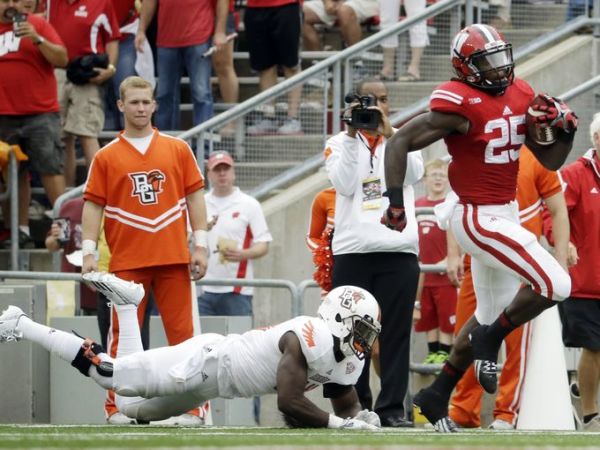 They rocked the red helmets this past Saturday and they need to just keep ‘em for the rest of the season.

What was your favorite look of the weekend? Let us know your thoughts in the comments section.

Because you love TSFJ as a staff, record label, and as a *bleeping* crew!

The post Looking Like New Money: Here’s The 10 Freshest Football Uniform Looks Of The Past Weekend appeared first on .