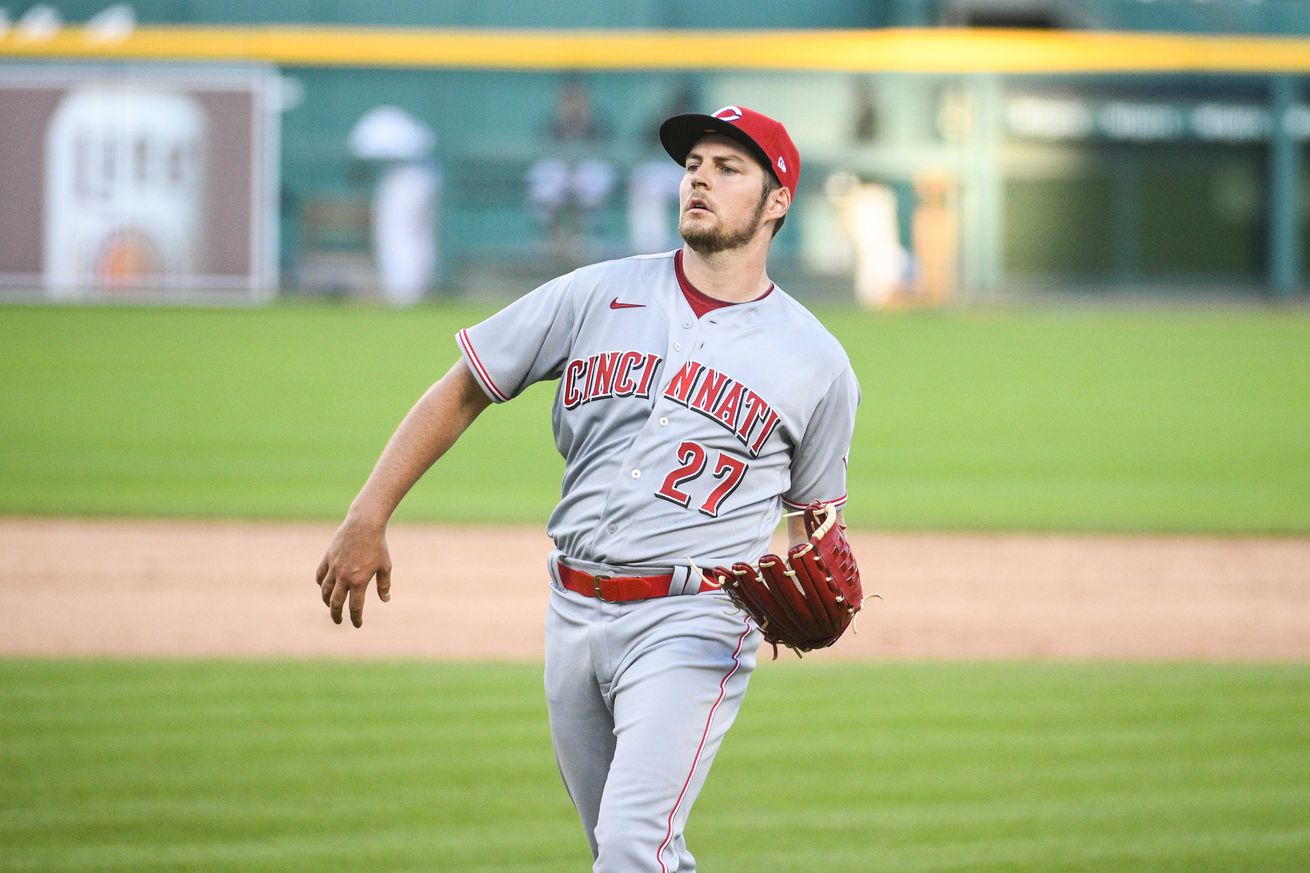 Let’s talk about spin rate, among other things

It will come to no surprise to those reading this blog that the Cincinnati Reds starting pitching staff have been incredible. After all, you’re reading a base ball blogged staffed by a bunch of baseball idiots, which means that you must be pretty dialed in to the club.

Also, you presumably have eyeballs and have watched a few games in 2020, which means you’ve seen what Sonny Gray, Luis Castillo, Trevor Bauer, et al have been able to do to opposing lineups. You don’t have to be Bill James to figure that this staff is pretty good. Also, Wick wrote this last week, and he’s a smart baseball idiot and you should read it.

David Adler over at MLB.com drilled down a little further on the Reds pitching staff and what is driving some of the success: spin rate. Though, if you’re a smart and dialed in Reds fan (we already determined that you are), you may take small issue with the headline. The Reds focus on spin rate really isn’t much of a secret after having hired Driveline Baseball’s Kyle Boddy in the offseason, what with all the advanced techniques that come with that.

Still, it’s a pretty interesting dive into the nuance of the science, and it’s nice to see it paying dividends thus far.

Also over at MLB.com, Will Leitch dove into all of the good and bad surprises for each team thus far. Both the Reds and their upcoming opponents, the Indians, make the list for not-good reasons. For the Reds, it’s the sluggish start from Eugenio Suarez, who theoretically should be driving this offense. That obviously hasn’t happened yet, as Leitch details.

Doug Gray over at Redleg Nation has a few quick hit notes on Mike Moustakas, Nick Castellanos, and the pitching staff that’s a pretty nice read. Of note is the status of Moustakas, who took a ball off his forearm in the first game of yesterday’s doubleheader, and didn’t feel good enough to take part in the second game. With the aforementioned scuffles of Suarez, having Moustakas in the lineup is pretty big. So, hopefully he’ll be able to get that arm stretched out enough to make an appearance tonight.

Speaking of stars missing games, Joey Votto was unavailable yesterday and will presumably continue to be unavailable for a little bit, after self reporting some coronavirus symptoms yesterday. As of publish time, there’s been no report of a positive test, but the Reds put Votto on the COVID list, which resulted in three games missed for Moustakas and Senzel earlier this season (last week, it was last week).

ADDENDUM: Maybe not. Jon Morosi is reporting no positive test for Joey, and he could be added back to the roster soon.

NEWS: Joey Votto has tested negative for COVID-19 and traveled back to Cincinnati, sources say. #Reds are optimistic he will return to the active roster soon, perhaps as early as today. @MLB @MLBNetwork

Speaking of tonight and the next Reds opponent, Matt Wilkes over at Reds Content Plus has a series preview that dives into all you need to know about the Cleveland ball club. As noted here, the Indians definitely have some big names on offense that you should be familiar with, that can certainly pop off at any moment. As it stands, though, the Indians are dead last in runs per game in this young 2020 season, and the Reds starting pitching staff wouldn’t be what the doctor ordered for a slumping offense (the Reds bullpen, however…)

In former Reds news: Billy Hamilton was acquired by the Mets yesterday, from the Giants. Neat to see Billy still kicking around out there. This “former Reds” section prompted me to look up Homer Bailey, because he currently is a starting pitcher for a Twins squad that just shut down the Indians over four games, so I thought, “Hey, maybe Homer Bailey did good things!”

Turns out, he was supposed to start Sunday, but was pushed back to Monday. However, yesterday afternoon, the Twins put Bailey on the 10 day IL with biceps tendinitis. That’s unfortunate for Bailey, and the Twins, as he was pretty effective in his first start against the Cardinals.

Finally, the Reds and Tigers made a bit of history yesterday, as the scheduled 7 inning per game doubleheader the teams played in Sunday was the first of its kind. With the pandemic raging through the United States (and, well, Major League Baseball), MLB and the Union felt it necessary that maybe all this make up games shouldn’t require each club to be stuck milling around in a clubhouse for 16 hours. So, to prevent that, they elected to shorten the games for double headers. We saw for the Reds, this can be a really good feature, as it didn’t require them to get into the bullpen very much across two games. Lucas Sims and Raisel Iglesias were the only relievers to appear for the Reds over two games and 14 innings, with Bauer getting a two hit shutout in the finale.

(From an administration standpoint, I do want to point out that SBNation has announced an upcoming “upgrade” to their commenting system. You can read about it here, but by all impressions it seems like it’s pretty terrible, and does away with features that make SBNation’s community blogs some of the best comment sections around. Go to that link, take a look for yourself, and sound off if you agree.)