We’re on the road again as the #FS1OpeningDrive tour bus is leaving Cincinnati and headed to New York City for our next stop. Throughout the tour, we’ll provide a morning recap of the news, commentary, tidbits and whimsy surrounding our tour stops, as we prepare for Michigan vs. Utah, Sept. 3 on FOX Sports 1.

It was a typical road game for the Detroit Tigers, as the squad was in Cincinnati for an interleague game versus the Reds. The game itself had little meaning, as both teams are below .500 and are out of the running for any playoff spot. However, the Tigers were unaware that some support from Michigan was on the way from the now world-famous HarBros.

The HarBros, who are traveling across the country as a part of Fox Sports 1’s Opening Drive college football tour, showed up to Great American Ball Park to watch some baseball and support the Tigers. Detroit’s all-star outfielder J.D. Martinez stopped by their seats and showed them some love with a cool photo opportunity for the Jim Harbaugh clones. Of course, the love was shown back to Martinez, as the HarBros’ mystical superpowers gave the right fielder improved hand-eye coordination and power for a brief period of time.

What resulted was a two-run home run to deep center field in the first inning by Martinez, his 33rd of the season.

The Tigers batted around in the first inning, plating four runs in the process and five in total on rookie right-hander Keyvius Sampson before he was removed from the game with 100 pitches after four innings.

However, the Tigers’ early run-scoring wasn’t enough, as the Reds came back with a 10-run sixth inning of their own to earn the 12-5 victory. Maybe the Tigers need to bring the HarBros on the bench with them for the entire game, but that might be a performance-enhancing drug or something.

Because we need to figure out all the ways Michigan can use Jabrill Peppers. (Bleacher Report)

An excellent read on how coaches prepare for game day. (SB Nation)

Can Josh Rosen pick up the reins left behind from Brett Hundley in UCLA? (Sports Illustrated)

Ohio Against The World, Explained

LeBron James had a whirlwind offseason in 2014, as the world’s best basketball player decided to change things up with his life. For starters, he decided to take his talents back to the Cleveland Cavaliers, which set the world on fire. Also, he decided that once and for all, he was going to do something about his hairline, as we began to see a gradual improvement over the once receding head of hair. Finally, it seemed that LeBron decided to lose some weight and get lean. Then, this photo emerged. 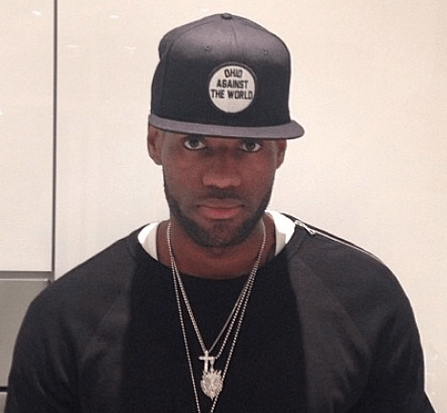 Suddenly, the world was focused on two things. One, how much Hydroxy-Cut did LeBron take to get so fit? Two, where did LeBron get that hat from? Well, the reality is, the world might not have focused on the hat, but everyone affiliated with the state of Ohio certainly did.

“LeBron definitely legitimized us,” said James Sutton, brand manager for Ohio Against The World. “It gave us some authenticity, and his message resonated with ours.”

Ohio Against The World, a lifestyle brand that focuses on apparel and merchandise, was founded just over five years ago by Floyd Johnson. Johnson, along with Sutton, began building the brand with a simple offering: a T-shirt.

More recently, many people tuned into the 2015 Sugar Bowl as the Ohio State Buckeyes found a way to take down the juggernaut Alabama Crimson Tide in front of a sold-out audience at the Superdome in New Orleans. Sutton remembers watching the game after Ohio State scored a go-ahead touchdown run by Ezekiel Elliott, and the camera panned to a Buckeye fan was wearing one of his vintage crewnecks.

“I’ll never forget that moment. I thought it was a fake! It was such an old version of our shirts, but he was celebrating Ohio State, and newspapers and blogs all across the country picked up the photo. Our traffic blew up and we couldn’t keep up with the demand.”

Athletes like LeBron and Brandon Phillips and entertainers like Young Jeezy and MGK have been known to be seen casually wearing OATW gear, and doing apparel is just the first phase for the group based in Cincinnati. The group just recently gave out hundreds of backpacks to a charity group for kids and has a focus to collaborate in the music and startup communities in the coming years. Even if you’re not a fan of Ohio, it’s hard not to appreciate anyone who’s investing back into the communities in which they grew up.

“We want Ohioans around the world from Australia to Thailand representing their state with pride and taking us with them,” said Sutton. “That’s what it’s all about.”

Our next stop is New York City! Be on the lookout for the HarBus as we roll through America. Use the hashtag #FS1OpeningDrive and follow us on Twitter at @edthesportsfan, @yardbarker and @FoxSports1 for more updates on the tour, as we prepare for Michigan vs. Utah, Sept. 3 on FOX Sports 1.

The post The Opening Drive: J.D. Martinez Crushed A Home Run After Hanging With The HarBros appeared first on .